Travel back in time to the city of Salonika in 1916. Formerly Ottoman and now suddenly Greek, it is filled with French, British and Serbian soldiers defending it against the Austro-German and Bulgarian forces to the north. In a nominally neutral city seething with wartime intrigue, café society continues unperturbed.

Extract from The Birdcage
By Clive Aslet
Published by Sandstone Press

Red plush, gilt carving and mirror glass; chairs by Thonet drawn up to round tables with marble tops. This was the international style of Paris, London, Vienna, Budapest, Turin… and Molho Frères. The café was like the wayward child of one of Europe’s great metropolitan cities which had run away to find itself lost among the wooden streets of Salonika. There it seemed a little overdressed. The Frères, one of whom was bound to be found in the establishment that bore their name, were similar: cosmopolitan, pomaded, looking endlessly surprised that they were not in a more imposing city. Although the pre-war café had been very different from its present manifestation, the Molho patriarch had nevertheless followed Jewish custom by sending his sons to the other cities to improve their chances in life. One brother could help another. If Istanbul disappointed, trade might be better in Trieste. One by one they had been called home. For café proprietors, Salonika was the place to be.

Only part of the café lay inside. To enter it, you had to squeeze past tables that spilled out onto the pavement and sometimes into the street, one of the busiest of the city. Whereas the interior was brightly lit to show off the novelty of the electric light, the mood of the terrace was softer: shaded, beneath vines, by day, mysterious, with the twinkling of candles, by night. Men who stayed inside usually had a half-acknowledged desire to watch the chocolate maker at her craft. Her profile was precisely that of a bust of Queen Nefertiti which German archaeologists had recently found in Egypt.

Custom at Molho’s had been nothing much before the War, and some of the Salonika community might have doubted the family’s wisdom in investing so much in a concern whose takings were a thin silver stream, not a golden gush. Salonika, Pearl of the Aegean, was a merchant city. Although it contained some prosperous families, they did not like to spend two piastres where one would do. A merchant would take a coffee, clicking his worry beads as he did so; it would last all morning. The Jewish matrons, who rewarded the good behaviour of their offspring with cakes, allowed only one drink each, and left no tip. Once the French and then British arrived in 1915, however, the tills rang merrily. The café was always full. Its doors opened to yawning officers, newly arrived on an overnight sleeper train from upcountry, and wanting breakfast. Men with sagging spirits and red eyes looked in for a mid-morning refresher. Aperitifs were served before lunch, tea in the afternoon, cocktails at sundown. Dawn might be breaking as the last of the previous night’s tables were cleared and the rats took undisputed possession of the kitchen. Their reign, though, was short. Molho’s had barely drawn breath, let alone closed its sleepy eyes, before the lock turned in the door and a flat-footed waiter began to clatter the coffee pots.

In choosing Molho’s as the place to begin an evening in female company, Sunny showed no originality. Officers of all the Allied nations regarded it as de rigueur. Not that everyone was lucky enough to have a nurse to take. Others went in groups, or by themselves. The atmosphere encouraged conversation. A French artilleryman might be observed noisily exchanging ideas with a member of the Russian cavalry, or an Italian transport officer, none of whom spoke the other’s language, so that communication took place only through gestures and imitative sounds, the cavalryman turning his chair into a mount and striking his thigh with an imaginary whip, the officer of the artillery making a dumb show of exploding shells. Molho’s inspired feelings of good fellowship. To the polyglot military force, its international character gave a connection with the larger world – the one that existed beyond the confines of the Birdcage, the one to which they would go back after the war. They could feel at home at Molho’s, when so much of Salonika was strange.

Or so it was with the more sophisticated officers, the ones – and there were many of them – who ordered their uniforms from West End tailors, towered over malnourished Other Ranks and generally bloomed with the healthy pink sleekness of prosperity. No clothes hung well on Winner. His uniform had quickly become a collection of bulges and creases, which seemed only to have a distant kinship with the sartorial elegancies on display at Molho’s. Short, swarthy and heavily spectacled, he seemed less of a god than an imp.

In London, Winner had not been a Café Royal man. He said he could not afford it, but that was only part of the story; had he been as rich as Croesus, he would still have preferred to hurry home to his village beside the marshes.

Isabel would enjoy Molho’s, Winner imagined; by Salonika standards, it was smart – too smart, perhaps. She was clearly not a young lady to go to such places in London, with their overtone of actresses and the demi-monde; but this was wartime. Salonika was different. Molho’s was like a kind of club for both sexes, if such a thing could be imagined. It was perfectly above board. She had been brought up to enjoy company.

Elsie was, of course, a different quantity, but she came as part of the package. She was the part that Winner felt more comfortable with. She had not been to the Café Royal; of course not – you could not expect someone in her position to have gone anywhere. That, too, was the extraordinary thing about wartime. Isabel and Elsie were now sitting at the same table. Winner protectively showed her to a place next to his. He tripped over the leg of a neighbouring chair while doing so.

The men had a little money in hand. In comparison with the golden coinage of England, the grubby drachma notes seemed laughable, disgusting. Like other soldiers, they did not understand, or care very much, what they were worth. It hardly seemed to matter in this foreign town.

Winner surveyed the scene through his spectacles, blinking. He did not feel part of it. ‘This is unexpected,’ he heard Isabel say, ‘for Salonika. I almost feel I’m on the stage.’

‘Is it as bad as that?’ asked Sunny. ‘We could go to the terrace, if you’re dazzled.’

‘I meant the uniforms. Those must be French chasseurs, enjoying their Vermouth. And what about those bejewelled specimens?’

‘Russians,’ returned Sunny. ‘Fantastic, aren’t they? That morose table is a group of Serbs – always so gloomy. Unlike the Italians.’

‘The little Greek officer doesn’t come off well by comparison – I say, the man in black with the long beard must be an Orthodox priest.’

‘Our khaki looks rather drab.’

Winner perceived Isabel turning to him. ‘As an artist, don’t you find the foreigners charming, Mr Winnington-Smith?’

To him, the room might have been an effusion of highly coloured mist. ‘Very,’ he said laconically.

‘Do see that beautiful creature making chocolate,’ continued Isabel in a stage whisper. Winner turned and peered at the chocolate girl, then hurriedly turned away, not wishing to appear rude. He did not know that the girl was thoroughly used to being watched with frank and sometimes insistent observation by officers. ‘Her hair almost comes down to her waist,’ continued Isabel. ‘I’m quite envious of it.’

‘Imagine coming here every day,’ exclaimed Elsie. To her, Molho’s was like one of the London gin palaces with which her father had been familiar, only less beery. Nor was there the same volume of noise. There was, however, an undeniable excitement to it.

‘What?’ reproved Isabel. ‘Making chocolate rather than nursing!’

‘I didn’t say I wanted to.’ Molho’s was not for the likes of her. ‘Mind you, we’ve got no patients at the hospital now that the Lieutenant has left,’ continued Elsie cockily. ‘In addition to which, Miss Hinchcliff, we’ve run out of petrol. We’re stuck.’ The fuel from the staff car had sufficed for the journey down to Salonika, but the Ford had used more than expected and it did not seem there would be enough to get back. They needed more, and had found it was not so easy to get.

Isabel found Elsie almost impertinent. She did not seem to know the rule (applicable to servants as well as children) about being seen and not heard. Elsie was there on sufferance: opinions were neither expected nor desired.

Clive Aslet, Editor at Large of Country Life, is an award-winning writer and journalist. He writes extensively for papers such as the Daily Telegraph, the Daily Mail and the Spectator. He is well-known as a campaigner on the countryside and other issues. He was inspired to write The Birdcage, his first work of fiction, by research for his recent non-fiction book War Memorial, which opened the window on an almost-forgotten theatre of the First World War.

“A recent holiday to Tuscany sealed his fate” 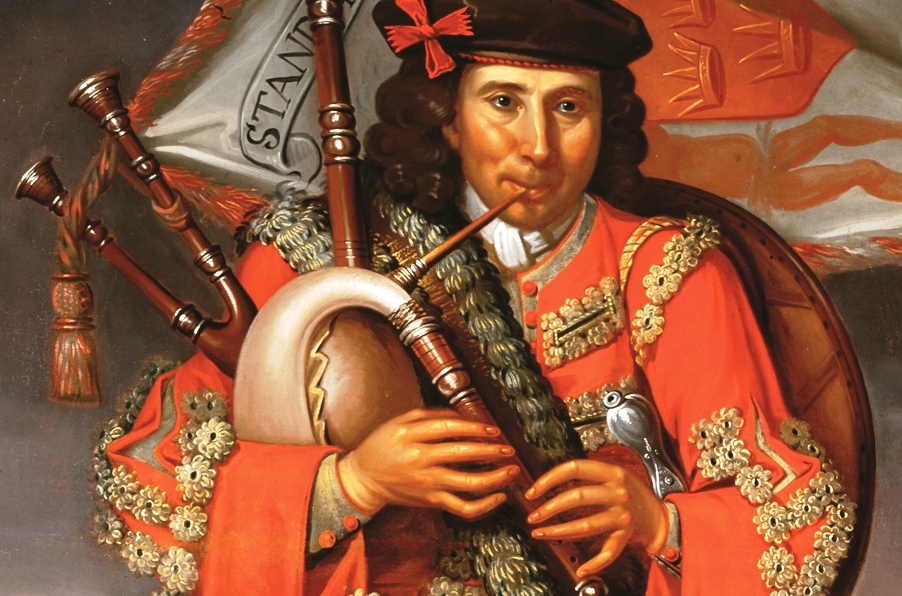