In Norway William Wisting has been bothered by the Hummel case for more than six months, but after a series of dead leads he now must use all his expertise and experience to unpick a case that other people already believe to be over and done with. Wisting must follow his own convictions – all the way into the courtroom.

The Hummel case has bothered William Wisting for more than six months. The investigation into what happened when taxi-driver Jens Hummel disappeared has been fruitless, and he has to endure criticism. A crucial discovery directs suspicion at Dan Roger ‘Danny’ Brodin. The problem is, however, that Danny is already in prison, convicted of another murder. Wisting is accustomed to building up a solid case for the prosecution, but this time things are different. Now he has to use all his expertise and experience to unpick a case that other people already believe to be over and done with. He follows his own convictions – all the way into the courtroom.

It took Hammer three hours to find a taxi driver who remembered driving Aron Heisel. The first two he had spoken to did not recollect either passenger or trip, but the third recognised him from the photograph and told Hammer that he had driven him two nights in a row. Both times the passenger had been dropped off at Huken.

The journey from the police station took ten minutes. For Wisting, Huken had never been more than a place name on the inland main road that meandered out to Helgeroa.

Hammer reduced his speed as they approached, and Wisting leaned forward in his seat, studying his surroundings. Potato plants grew tall on either side of the road. They arrived first at a modern house that looked as if it had been built on former farmland. Children were jumping on a trampoline in the garden, and two older boys stood repairing a moped. Beside the road was an old workshop or garage for heavy goods vehicles, and behind that a number of red-painted outbuildings. No barn.

They passed a paddock where horses were grazing. A man stood on a ladder painting the stable wall. In an open space, a tractor with a log splitter attached was parked beside a pile of wood. In the distance the sun reflected off the remaining panes of glass in an old market garden. They spotted a milk churn shelter in a layby and a blue sign indicating it was a bus stop.

‘Here,’ Hammer said, pointing. ‘He dropped him off here.’ Behind a dry-stone wall a narrow almost overgrown track led into the woods.

Hammer turned in. A flock of birds took off from a leafy tree, like a swarm of insects. The car bumped slowly over potholes and clumps of grass. A wide ditch filled with stagnant water, covered in unsavoury green slime, ran the length of the left side of the track. Only intermittently could Wisting see patches of black water.

The woods grew denser around them before the landscape opened out again, and the track ended at an abandoned smallholding, with a tumbledown barn situated at the edge of the woods. Half the roof tiles were missing, so it looked like a skeleton picked clean by vultures.

Hammer stopped the car in front of the farmhouse. Two outbuildings with corrugated roofs were located between the house and barn. Wild roses and clusters of purple foxgloves surrounded them.

Wisting stepped out, slamming the car door. Hammer left the driver’s door open. A summery buzz of insects gyrating above the tall grass was the only sound. Once, the farmhouse had been painted white. Now it was grey and neglected. The downpipes hung broken at the corners, there were no curtains at the windows, and a wooden board replaced a broken pane.

Wisting approached the door and knocked. Without waiting for a response, he put his hands to the glass of the nearest window and peered inside: a blue-painted kitchen with plates, cup and glasses piled up in the sink, plastic bags, empty bottles and empty pizza cartons on the worktop. An ant trail led from one to the wall trim. On the kitchen table, a newspaper was spread out beside a coffee mug.

‘No one home?’ Hammer asked.

‘No, but someone’s living here,’ Wisting replied. He rapped the glass with his knuckles and shouted before retracing his steps to the door and rattling the handle. ‘Locked,’ he said, and turned to face the barn. ‘We’ll see if we can get in there instead.’

They strode through the long grass to the double doors in the middle of the barn wall and a plank of wood that was tilted against them to hold them shut. Hammer kicked it away. The doors slid open a few centimetres, but they were still held closed by a bolt on the inside.

A door further along the wall was also locked. There were latticed windows on either side. Most of the glazing putty had crumbled away, but the panes were held in place by little staples bent towards the glass. ‘We can’t leave here without checking,’ Hammer said, poking at the frame with his fingers.

Wisting nodded and stood in silence as Hammer went back to the car to fetch an ice scraper. He pushed it down behind the staples, forced them out and soon was able to lift out one of the panes. He thrust his hand inside and unhooked the catches.

Wisting held the window open while Hammer crawled inside. From the outside he could hear Hammer swearing and something scraping along the wall before falling to the floor. The bolt was drawn back and the double barn doors slid open. Throwing them wide, Wisting looked inside the barn’s enormous interior. The smell of dry straw billowed towards them. Strips of light forced their way through cracks in the timber.

After a short delay, their eyes grew accustomed to the darkness, and the room took shape: two doors on one of the gable walls, a cargo trailer with two axles and four wheels, behind that a stack of hay bales and a pallet of white plastic containers, and along the walls hung hayforks, spades, rakes, a scythe and other tools. Various tractor attachments were scattered in a corner along with old milk churns.

There was a vehicle in the centre of the barn, covered in a grey tarpaulin that did not quite reach the floor. Wisting marched over, his feet stirring up fine dust that made his nose itch.

Hammer took hold of the tarpaulin and yanked it off, revealing a black Volvo V60 with a taxi sign on the roof. Taxi number Z-1086. Jens Hummel’s car.

Wisting leaned over the windscreen and peered inside without touching anything. It was empty. The key was in the ignition. A half-empty bottle of cola sat in the centre console. On the passenger seat were a pair of leather gloves and a shrivelled, half-eaten mouldy baguette wrapped in plastic.

Removing the tarpaulin, Hammer went behind the car to open the boot lid. ‘Empty. Totally empty.’

Wisting felt a tingling sensation; the Hummel case was opening up again. He took out his mobile phone to call Mortensen and arrange for a technical examination of the car and the barn. Then they would have to organise a search. Since Jens Hummel was not inside the taxi, it was fairly unlikely that he would be found anywhere else in the barn, but the smallholding would be the starting point for a search. They would have to dredge the streams and riverbeds, probe crevices, gravel pits and drained wells, everywhere that a body might possibly be hidden.

Before he managed to tap in the number, the phone rang: Suzanne. He answered by giving his name, and heard himself how curt and dismissive he sounded.

‘He’s here now,’ she whispered into the receiver. ‘The man who said that Jens Hummel’s taxi was in the barn. He’s in the café now.’

Jorn Lier Horst is the author of the highly successful William Wisting series of crime novels. Ordeal is the fifth to be translated into English after Dregs, Closed for Winter, The Hunting Dogs and The Caveman. Previous books in the series have won the Riverton Prize, the Glass Key, and the Martin Beck Award. The Caveman won the Petrona Award for the best Scandinavian Crime Novel of the Year in May 2016. 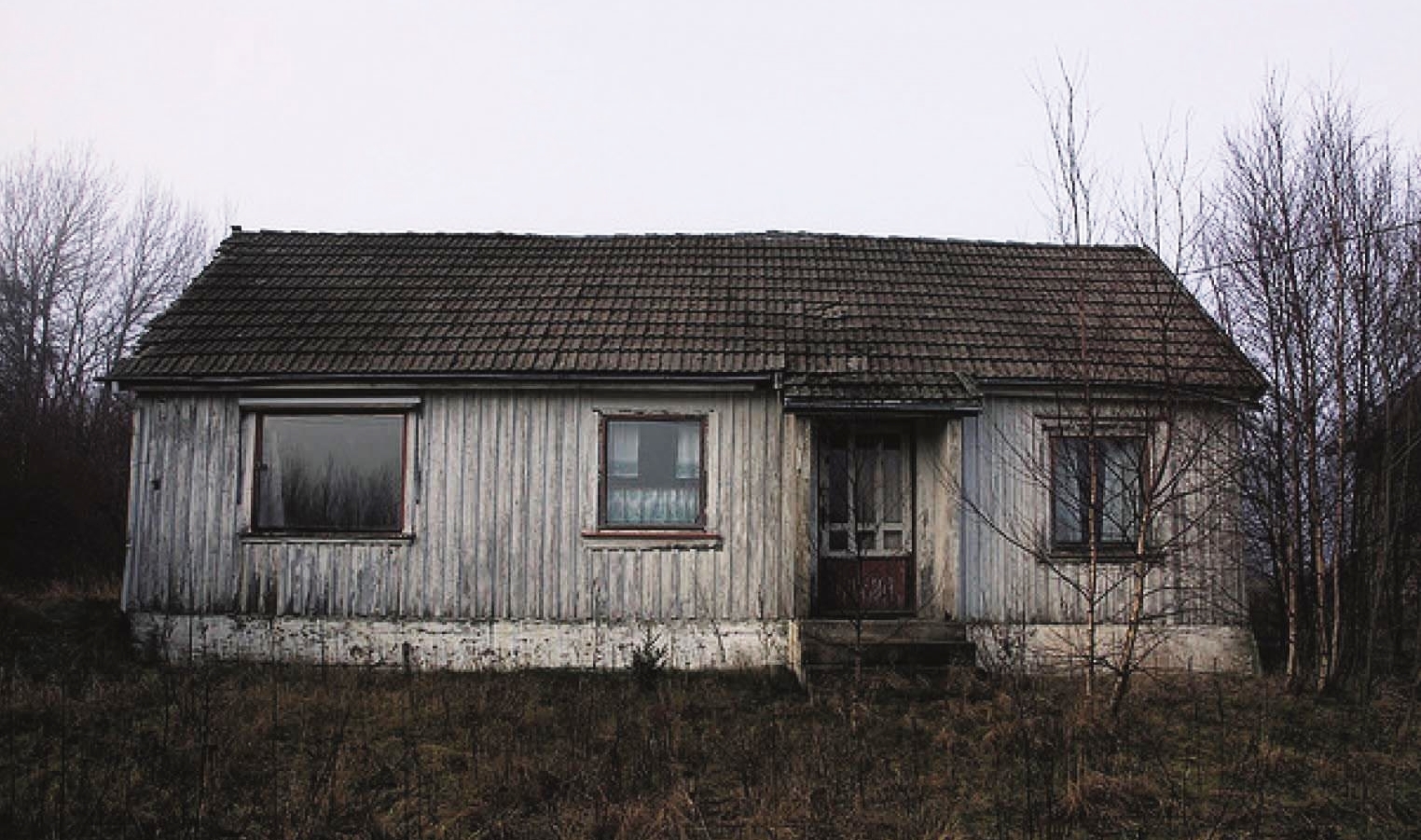