Listen to two dramatic passages from the first installment in the long-awaited Spellchasers series by award-winning author Lari Don. Molly Drummond is cursed: whenever a dog barks, she turns into a hare – which can make life quite dangerous… So she does the sensible thing and attends a curse-lifting workshop, run by a local witch, where she tumbles into a world of magical beings.

In the first of two exciting audio extracts Lari Don reads from the first chapter of The Beginner’s Guide to Curses, the first in the brand new Spellchasers trilogy.

In the second audio sample Lari Don reads from The Beginner’s Guide to Curses, where Molly, the heroine, has a close encounter with a kelpie…

Lari Don launched The Beginner’s Guide to Curses on 7th September at an action-packed event at the Augustine United Church in Edinburgh, as these photographs taken by Richard Wainman show! 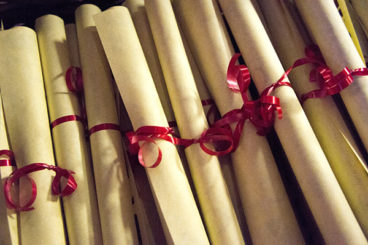 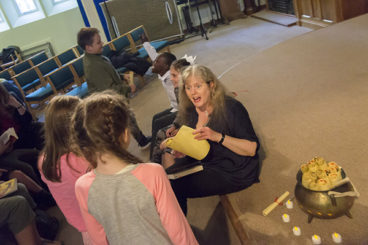 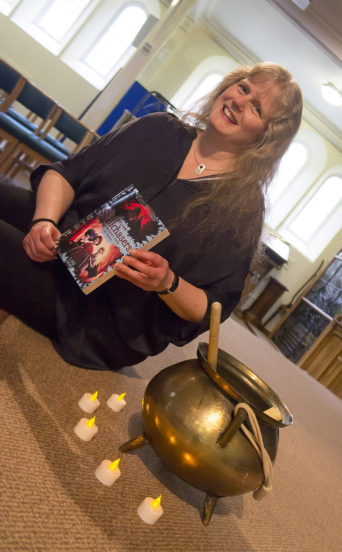 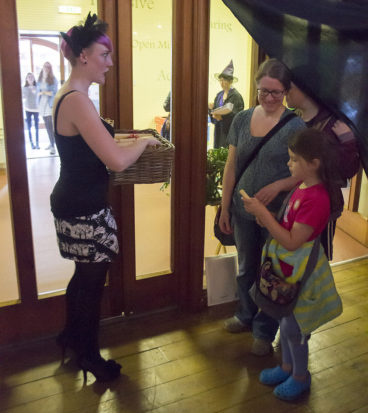 The Beginner’s Guide to Curses, the first book in award-winning author Lari Don’s highly anticipated Spellchasers trilogy, is out now from Kelpies (PB, £6.99).

If you enjoyed these audio extracts you might like this exclusive interview with Lari Don on Books from Scotland which also features the fun Kelpie Map of Scotland.