Lighthouse Pioneers: The Stevensons in Orkney and Shetland

Lighthouses meet literature as Paul A Lynn explores how Robert Louis Stevenson and Sir Walter Scott both travelled with the world-famous Stevenson engineers around the coasts of Orkney, Fair Isle, and Shetland. Lynn also highlights how the men left some poetic, if little known, accounts of their experiences.

Scottish Lighthouse Pioneers: Travels with the Stevensons in Orkney and Shetland
By Paul A Lynn
Published by Whittles Publishing

The Stevenson engineers are world-famous for the lighthouses they pioneered around Scotland in the 19th and early 20th centuries. Among them is a chain of 11 ‘classics’ that illuminate the dangerous eastern coastlines of Orkney, Fair Isle, and Shetland and guide mariners along a vital sea route between the North Sea and North Atlantic.

From south of Orkney to north of Shetland: Pentland Skerries (Paul A. Lynn) and Muckle Flugga (Paul Warrener)

It is hard for us to imagine the Stevensons’ courage and determination as they voyaged among remote islands on dangerous seas, built lighthouses on exposed headlands and vicious reefs, and carried out annual inspections on behalf of the Northern Lighthouse Board. It is perhaps even harder to appreciate the professional and social climate in which they worked and the attitudes of local people, rich and poor, towards their extraordinary and sometimes misunderstood activities.

However it turns out that two of Scotland’s most distinguished literary sons, Walter Scott and Robert Louis Stevenson, travelled with the Stevenson engineers around the coasts of Orkney, Fair Isle, and Shetland, and left some fascinating, but little known, accounts of their experiences.

Sir Walter Scott (1771–1832), poet and world-famous author, accompanied Robert Stevenson, founder of the family dynasty, aboard the lighthouse yacht on the 1814 inspection. It took them from Edinburgh to the northern tip of Shetland, thence back to Glasgow via the scattered Orkney Islands, the notorious Pentland Firth, Cape Wrath, and the Hebrides. Scott acknowledged Robert Stevenson as ‘the official chief of the expedition, a most gentlemanlike and modest man, and well known by his scientific skill’. In his memoir Voyage of the Pharos, he left a remarkable account of the conditions in which Robert Stevenson operated, and of life’s ups and downs aboard a small sailing vessel in stormy seas:

… neither captain nor pilot know exactly where we are. The breeze increases – weather may be called rough; worse and worse after we are in our berths, nothing but booming, trampling, and whizzing of waves about our ears, and ever and anon, as we fall asleep, our ribs come in contact with those of the vessel …

Scott was constantly inquisitive about island lifestyles, folklore, and superstitions. Although he was generally sympathetic towards the people, he could not come to terms with some of their domestic arrangements. On one occasion he was overwhelmed by the contrast between his fashionable Edinburgh home and a Fair Isle dwelling:

… a wretched assemblage of the basest huts, dirty without, and still dirtier within; pigs, fowls, cows, men, women, and children, all living promiscuously under the same roof, and in the same room – the brood sow making (among the more opulent) a distinguished inhabitant of the mansion. The compost, a liquid mass of utter abomination, is kept in a square pond of seven feet deep; when I censured it, they allowed it might be dangerous to the bairns; but appeared unconscious of any other objection.

He ended the voyage with a touching tribute to his fellow passengers who, in spite of seasickness, a severe lack of personal space, and very different interests, had got on famously. He had enjoyed as much pleasure as in any six weeks of his life with ‘a succession of wild and uncommon scenery, good-humour on board, and objects of animation and interest when we went ashore’.

The second eye-witness, Robert Louis Stevenson (1850–1894), is internationally famous as the author of Treasure Island, Kidnapped and Dr Jekyll and Mr Hyde. A grandson of Robert and son of Thomas Stevenson, he was chronically sick as a child and far from robust as an adult. Initially forced by family pressure to study engineering at Edinburgh University, he spent summer vacations visiting lighthouses and harbours around the Scottish coast. At the age of nineteen he accompanied his father on the annual inspection of Scottish lights, including several on Orkney, and Muckle Flugga at the wild northern tip of Shetland. He sent touching letters back to his worried mother in Edinburgh about his ‘sore journeying and perilous peregrination’ and the social conditions he encountered. The following year he was sent to Dubh Artach, a vicious wave-assaulted Hebridean rock on which his father had started to build a lighthouse, and found the experience thoroughly dispiriting, ‘an ugly reef is this … an oval nodule of black-trap, sparsely bedabbled with an inconspicuous focus, and alive in every crevice with a dingy insect between a slater and a bug’. Increasingly disillusioned, he finally plucked up courage and spilled the beans to his father: he could never become an engineer, his destiny was authorship. 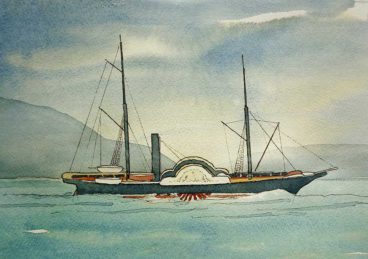 The lighthouse yacht Pharos V, in service with the Northern Lighthouse Board between 1854 and 1874

The lighthouse yacht Pharos V, in service with the Northern Lighthouse Board between 1854 and 1874.

The rest of his short life was given to writing and travelling. After a series of adventures he married an American and ended up on Samoa in the South Pacific. His later years were spent so far from his family roots that we might suppose he forgot all about lighthouse engineering. But as middle age approached, perhaps sensing that his life was slipping prematurely away, he pondered his student rebellion and researched his family history. There was often a hint of regret, even guilt, in his reminiscences:

Say not of me that weakly I declined
The labours of my sires, and fled the sea,
The towers we founded and the lamps we lit,
To play at home with paper like a child.
But rather say: In the afternoon of time
A strenuous family dusted from its hands
The sand of granite, and beholding far
Along the sounding coast its pyramids
And tall memorials catch the dying sun,
Smiled well content, and to this childish task
Around the fire addressed its evening hours.

Robert Louis Stevenson’s essays and memoirs form a touching tribute to the Stevenson engineers, written by a wordsmith whose delicate health made 19th-century Scottish lighthouse engineering an impossible challenge.

Paul A. Lynn’s new book, Scottish Lighthouse Pioneers: Travels With the Stevensons in Orkney and Shetland will be published by Whittles Publishing on 30 November 2016. 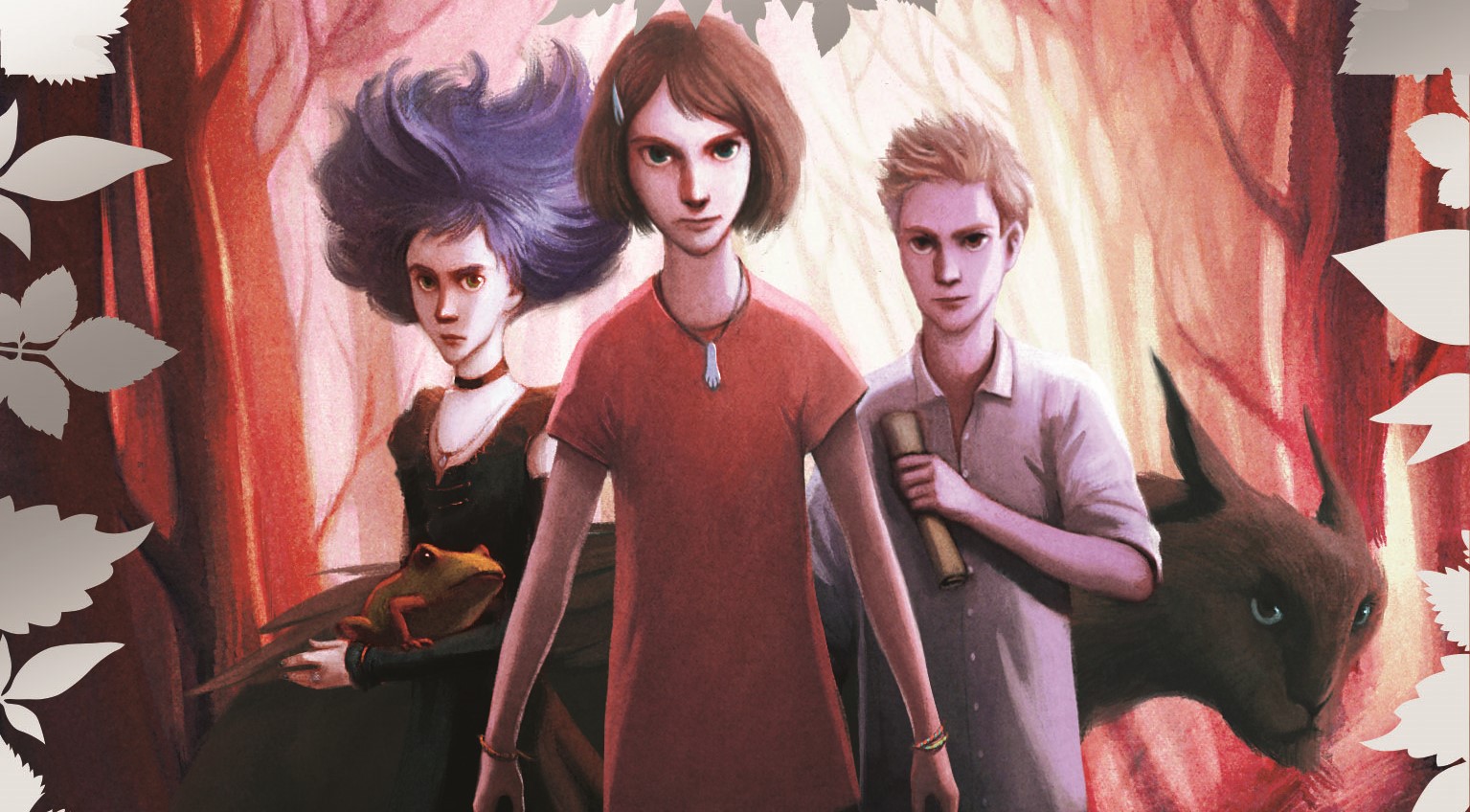 Burrowed from the Russian classic by Leo Tolstoy