Visiting the Glasgow-based family-owned publishing house Brown, Son & Ferguson takes David Robinson back to when Clyde-built ships and Scottish captains ruled the waves. Founded in 1832, the company continues to publish a range of key titles used worldwide including the seminal Brown’s Nautical Almanac, once described as ‘the sailor’s bible’.

If you ever doubt that Glasgow – as opposed to Birmingham, Manchester or even Liverpool – was the second city of Empire, you can find proof in a most unlikely place.

Head south on the M8 towards Glasgow airport, look on your right as it sweeps through Craigton, and you’ll see a small industrial estate. For the last year, it’s been home to the publishing firm of Brown, Son & Ferguson. If you’ve ever been an officer on a merchant ship – and not just a British one either – you’ll already know who they are. 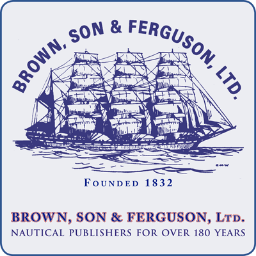 To merchant shipping, the annual Brown’s Nautical Almanac is what Wisden is to cricket, except it’s even older. From charts of tides in 84 ports worldwide to the location of every offshore windfarm, oil rig, lighthouse, beacon and buoy around Britain’s coast, it aims to put all the necessary facts of maritime life at its readers’ fingertips. In more than 1200 dense pages, it does just that – ranging from how to navigate using a sextant to how to use satellite-based rescue systems. Every year just under 14,000 copies are still sold all over the world.

Brown’s Nautical Almanac was already a century old when Nigel Brown took over as editor in 1978 – he’s Managing Editor now – and beefed up its content by a third. By then, the core of the business had already been long established. His great-great-grandfather was a sea captain who opened a stationery business in Bridge Street in the days when ships sailed right into the city centre. Back then, there were few books on maritime affairs, a gap in the market he set about trying to fill. Brown’s Nautical Almanac was first published in 1878, the Nautical Magazine – which dates back to 1832 – was acquired, and every kind of technical book about going down to the sea in cargo ships soon followed.

The first three generations of Browns were nautical men, the last three haven’t been. Though he has worked in the family firm since 1964, Nigel Brown is as much a landlubber as I am. As he shows me around the warehouse, I suggest that all the arcane knowledge on its shelves – “the astrological ephemeris and other phenomena required for the purposes of navigation”, the first Almanac boasted about, for example – is completely wasted on him. “Totally,” he admits, with a sad smile.

So too is all the detail he’s spent decades of his life editing. Take Thomas’s Stowage: another bestseller for what may well be the oldest family firm in British publishing, another book exported throughout the world, because even in an age of container shipping, a directory of how to safely store cargo is still useful. In it, between “dodder” and “dom nuts”, I discover an entry for “dogs’ droppings,” which usefully informs readers that such cargo – often shipped from the Iranian Gulf in 28kg bags for use in the dying industry – “should be protected from rain and spray by tarpaulin”.  “Then there’s camels,” says Nigel. “There’s an entry for that too.” So there is, between “calves” and “cyanide”: next to information about how to treat camel bites “because some of these animals are very vicious”, is a reminder to give them 30 litres of water and 2kg of grain before a voyage.

“Isn’t there an entry for heroin?” he asks. “No,” says his son Richard, 34, a Director of the firm. “Maybe there used to be in past editions.” Because that’s the point about the firm’s business – although templates for their books on safety, maritime law, stowage and navigation have come down from the past – they still have to be regularly updated and often completely revised.

Even though we’re in a relatively modern building, that sense of inheritance hangs over the whole business. On the warehouse shelves are books about how to make ships in bottles or those beautiful, large-scale wooden models that are themselves a testament to an almost bygone age of craftsmanship. Oddly, there are also whole shelves of the kind of mainly one-act Scottish plays amateur dramatic groups regularly used to perform. 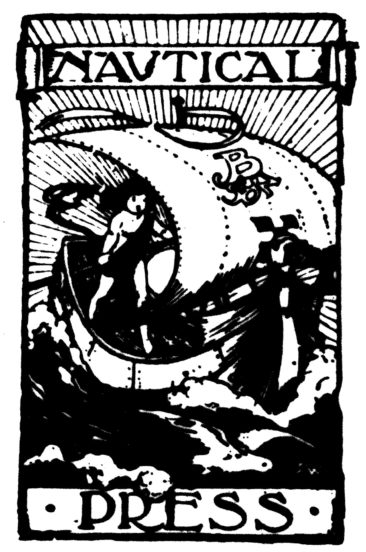 But as I mentioned at the start, there’s an even deeper sense of the past at Brown, Son and Ferguson, for so much of its stock is a reflection of the kind of country we used to be – not this century, not last, but the one before that. It’s there in the 19th century opium, China and colonial clippers Basil Lubbock wrote about (the firm sells all 15 of his books) from the last great age of sail. And it’s there too in the contents of the very first books and magazines the company published.

“Look at this,” says Nigel Brown, handing over a copy of the first edition of The Nautical Magazine. It dates from March 1832.  The Great Reform Bill hasn’t even happened. Darwin, sailing with Captain Fitzroy, hasn’t even reached South America. And yet here are reports of the ships from this country in all corners of the world, finding easier ways up the St Lawrence into Canada or examining trade opportunities with that still relatively new colony, Australia. There are six full pages listing Royal Navy ships whose main masts have been struck (“shivered”) by lightning in the previous 40 years. A beautifully illustrated account of the raising of the treasure lost when HMS Thetis (on which Captain Fitzroy was a Lieutenant) sank off Brazil in 1830. And a full page of wrecks of British merchant ships from all over the world. I counted 72.  For each there was a column about survivors. A surprising number reported “Crew Saved”; a few had the altogether bleaker one-word fate: “Doubtful”. “Aye, and that was just in one month,” murmurs Nigel.

But it’s not just in the stories and features of the Nautical Magazine that give you the sense of the full extent of British mercantile power. We move along 50 years and pluck out another copy of the magazine from Glasgow’s imperial heyday. “Just feel the type, the impression of type on paper,” says Nigel, who can remember when the firm had 120 employees, its own book bindery and printers. “You get that from letterpress, not lithography.” Hot metal. In printing terms, an age as different from ours as a sailing ship is from a liner.

But me, I’m looking at the Nautical Magazine’s adverts. Page after page of them. Marine insurance companies. Officers’ outfitters. Ropework companies. Compass-makers and repairers. Chronometer manufacturers. Ship’s chandlers. Lifebuoy makers. Shops selling ship’s paint, cabin cushions, anchors, cables. Sailmakers. More sailmakers. And every page you read, though this is a magazine sold throughout the world and we’re talking about a time – 1880 – when about a third of the world is painted red on the map – every page has shop after shop, factory after factory, with a Glasgow address.

We forget all this now. We remember that once the Clyde used to mean shipbuilding, but we forget that the shipbuilding also meant hundreds and hundreds of other support industries. They don’t have their Finnieston Crane to remind us of how pervasive they once were. They don’t have the appeal of noisy shipyards swirling with industrial, political and trade union power. Quietly, they shut up shop, and cancelled the adverts. Sales of the magazine, still at 2,500 a month when Nigel started work in 1964, dwindled to a mere 200 in 2011 when he decided to sell it off.

Brown’s Nautical Almanac doesn’t set out to be a reminder of this age, but it can’t help but be one. It was after all, founded in Glasgow by a ship’s captain, and grew to be able to boast that it was “the sailor’s Bible” because so many ship’s captains either were Glaswegians or were at the helm of a Clyde-built ship. And while they may have gone, and the south side of Glasgow emptied of outfitters and ropeworks and compass-maker’s shops, in an industrial estate by the M8, that past still echoes in the present. After all, it’s October, and that means the deadline for 2017’s Brown Nautical Almanac is already upon us, and a small bit of Glasgow is about to sail off into the world once more.

David Robinson is a freelance journalist and editor and from 2000-2015 he was books editor of The Scotsman. This year David is convener of the Saltire Society’s Literary Awards panel. You can find out more about Brown, Son & Ferguson at their website.

‘The Church has always played a central role in Highland history’