PART OF THE Halloween ISSUE

‘He was supplementing daytime walking tours with evening work, shifting from culture and history to ghosts and serial killers.’

Ian Rankin’s short story Sinner: Justified is part of Superhumanatural exploring the life and work of provocative Scottish artist Douglas Gordon whose work includes 24 Hour Psycho and Black Burns, currently at the Scottish National Portrait Gallery. Rankin takes us deep into the dark underbelly of Edinburgh, where lines between fact and fiction are blurred, and where ghost tours in and around the city’s iconic narrow closes tell infamous stories of murder and mayhem.

The first time Gordon Douglas met Jean Brodie, he was supping at the Last Drop.

It was a typical Edinburgh watering hole, named for its situation opposite the city’s gallows. A plaque across the street listed some of the hangman’s victims, Covenanters included. Late summer and Gordon was at one of the outdoor tables, trying to remember which came first, Mr Hyde or Jack the Ripper?

He was doing postgraduate studies, Department of History. Should have been spending the summer writing a new chapter in the stifling National Library of Scotland on George IV Bridge, but needed money for rent and food – life’s simple necessities – plus smokes and beer – pleasures of the flesh.

So he’d answered an ad and ended up a tour guide. Fine, he knew most of the stuff, and as his employer had told him, ‘make up the rest, so long as it’s delivered with confidence’.

The first week he’d been nervous. By the third, he was supplementing daytime walking tours with evening work, shifting from culture and history to ghosts and serial killers. Major Weir and his sister admitting to witchcraft; grave-robbers; Burke and Hare; Deacon Brodie burrowing into Robert Louis Stevenson’s subconscious.

The city Gordon thought he lived in was transformed as a result. Just along from the Last Drop was a lap-dancing bar named after Burke and Hare. Other pubs celebrated Arthur Conan Doyle and Jekyll and Hyde. The Edinburgh Dungeon always seemed to have a queue outside. The late-night graveyard tours were sell-outs. There was so much appetite for this other side of the city. So much hunger.

Gordon had spent most of the morning on Dean Bridge, staring down at the Water of Leith. His walks along the river had always seemed enchanted, the city hovering somewhere above him. But by nightfall it had become a place of shadows and assignations, and he would no longer walk there unless accompanied by his tour party. Edinburgh had always seemed two cities to him – New Town and Old; East End and West; Hibs and Hearts; town and gown; haves and have-nots. The thesis he was supposed to be writing had as its theme the aftershock of Culloden. But his tutor had made the mistake of mentioning ‘the Caledonian antisyzygy’, leading him down a side road where he started to explore the Scottish psyche, that apparent need to be ‘where extremes meet’. As a young man, the novelist Stevenson would sneak out of his stuffy middle-class home in the New Town and head for the stews on the other side of Princes Street, where he could rub shoulders with cut- throats, drunks and whores. Later, the figure of Jekyll would reflect his creator.

Scratch the veneer, and the face of Hyde began to emerge.

Edinburgh: city of night. So douce and proper in daytime…

But which came first, Mr Hyde or the Ripper? Gordon had started to forget these simple facts, stumbling over his speeches to his tour parties.

They’d be crowded around him, drinking in every word and phrase, sometimes with a video camera trained on him, but then his head would start to birl, as if Burke and Hare were dancing with Deacon Brodie, Major Weir clapping out a tune while his sister grinned and Captain Porteous swung in time, from a makeshift scaffold…

It took Gordon a moment to realise he’d spoken out loud. He looked around the tables, but no one had noticed. They were tourists mostly, poring over maps and guidebooks while nursing soft drinks.

Yes: the book had been turned into a play, and this play was on in London at the time of the Ripper killings, perhaps leading people to conflate the two, coming to the conclusion that Jack must be a doctor… must, in fact, be Jekyll.

The chair opposite him grated a little against the pavement as it was drawn out from the table. A woman sat down, glancing around before seeming to notice him. She wore a thin pastel-coloured cardigan buttoned to the neck, and her hair was drawn back from her forehead. Her eyes bore into his. ‘I require your assistance,’ she said in a lilting Morningside voice. ‘A man is

following me.’ She looked around her again.

‘Want me to call the police?’ Gordon had lifted his phone from the table.

She stared at it blankly. ‘Your presence is all that’s required, young man.

Why do you smile?’

‘You can’t be that much older than me.’

She wriggled a little, seeming pleased, but then remembered her situation.

She scanned the street again. ‘He must be in one of the shops.’

Gordon looked, too. Windows stared back at him, showing little more than reflections.

‘Quite repellent to the fairer sex, as I’m sure you’ve found.’ She was rising to her feet. ‘I think I’m safe now.’

‘I’ve no idea.’ She reached into her brown leather bag for a lace-edged hankie with which to dab her face. ‘Men can be such ugly creatures. Perhaps he sought to woo me.’ She studied Gordon. ‘You are smiling again.’

‘Sorry, it’s the way you speak. You sound like…’ But the character’s name had slipped his memory.

‘My name is Jean Brodie, young man, and I sound exactly like myself.’ She gave a little smile of her own as she turned to leave. Gordon watched her. She was tall and slender, wrapped in a long skirt despite the heat. Flat shoes which clacked as she walked. He gave a little laugh, but she didn’t turn round.

The above is extracted from short story Sinner: Justified by Ian Rankin, written as part Superhumanatural, which highlights the work of contemporary Scottish artist Douglas Gordon. Superhumanatural is out now published by National Galleries of Scotland priced £12.95.

We are pleased to showcase some images from the book below. 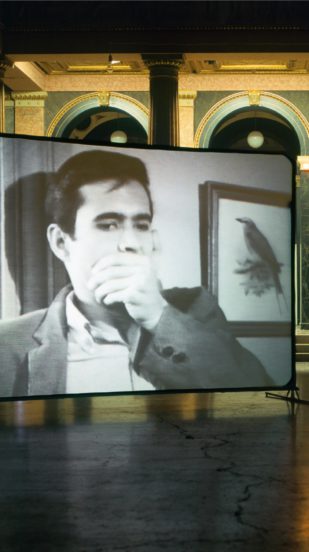 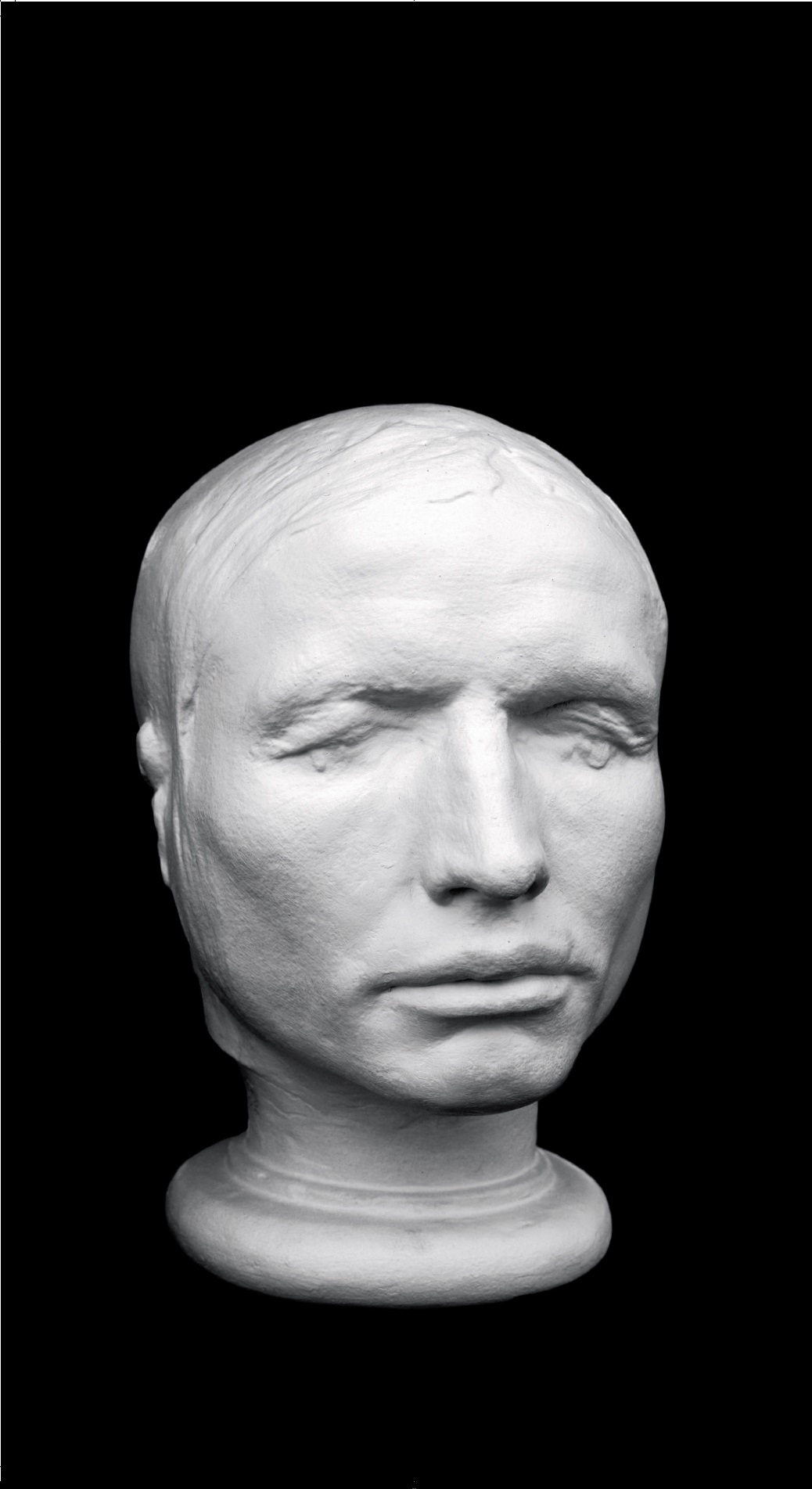 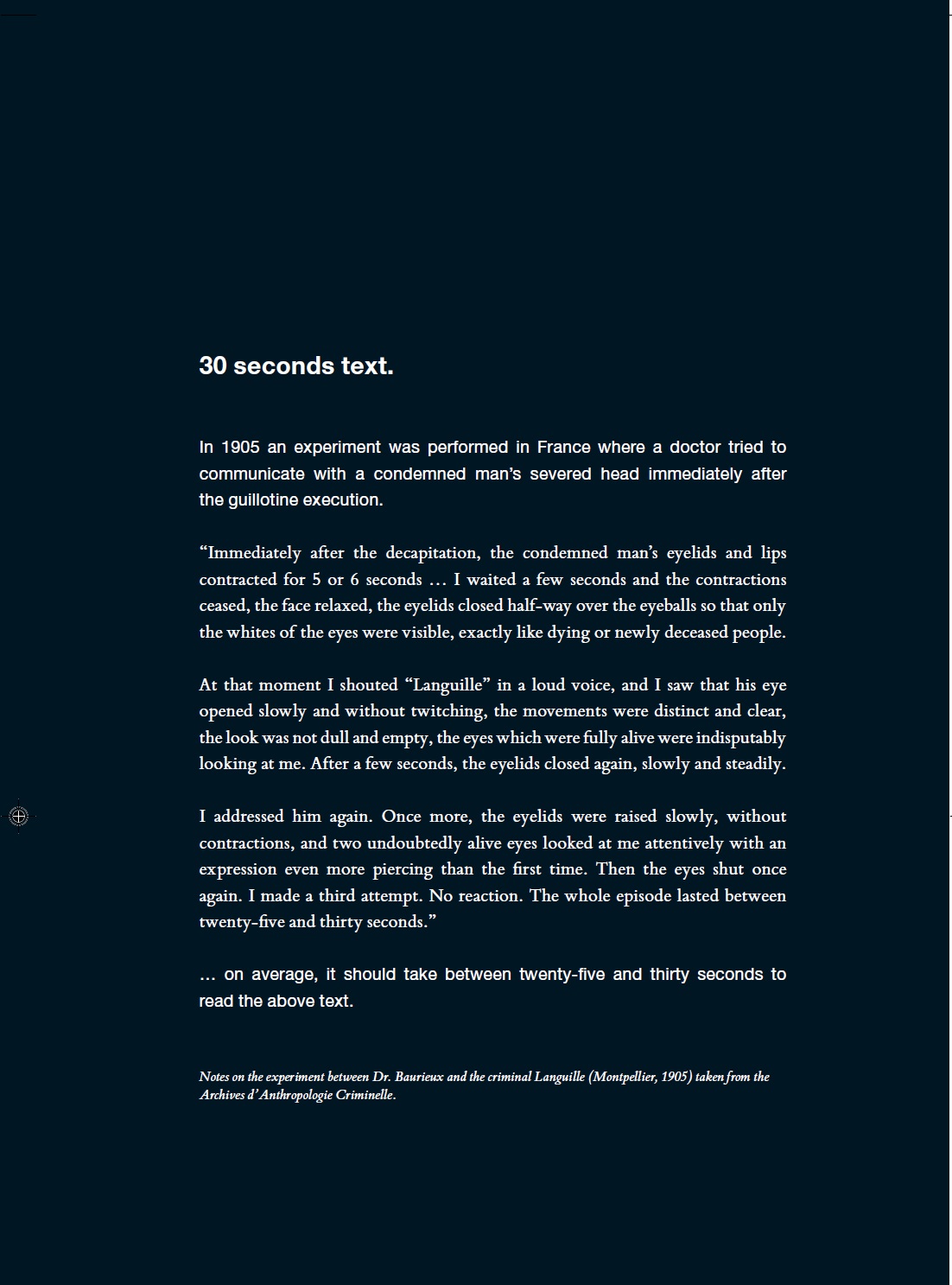 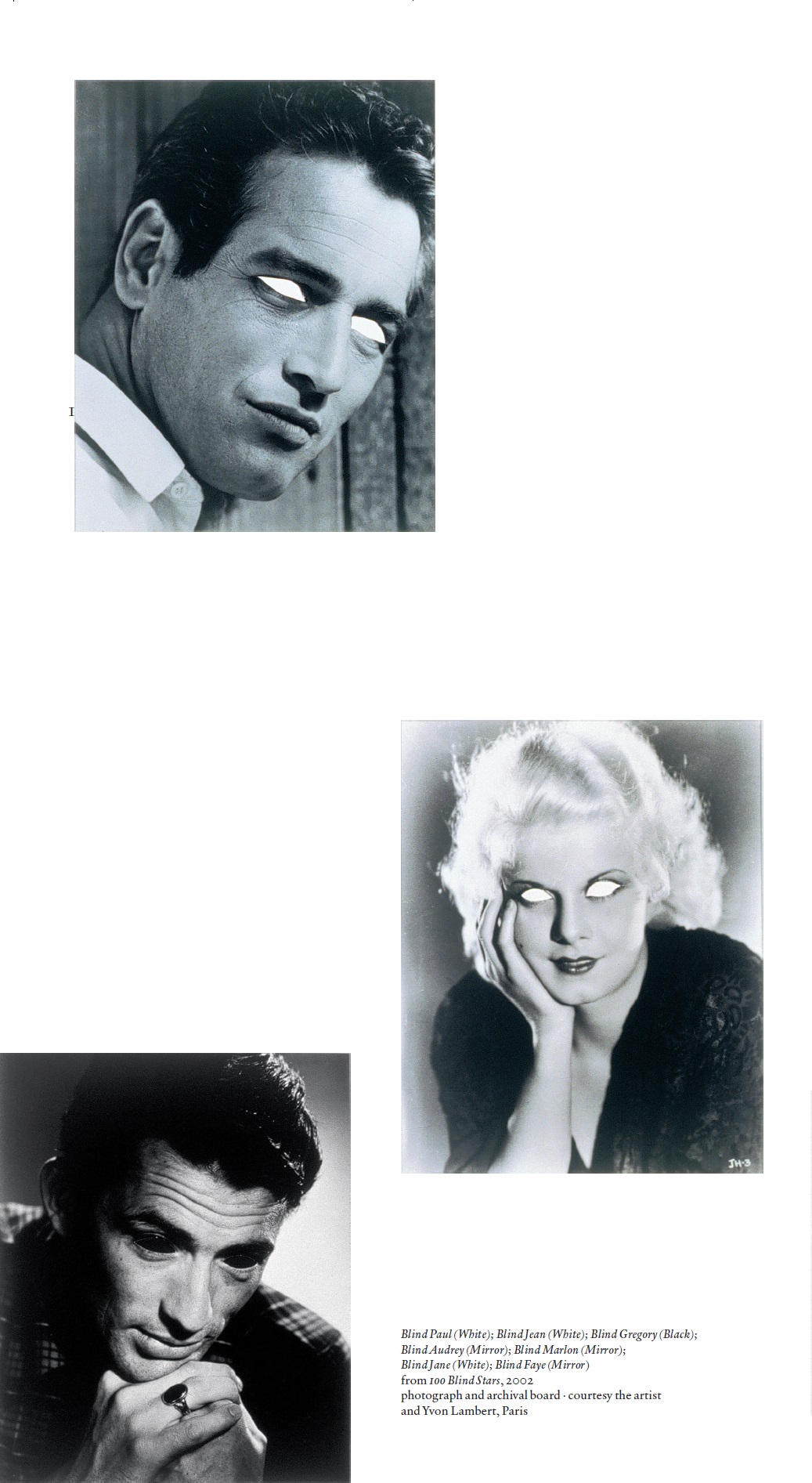 In the Valley of the Sun

‘He saw in that flood of gold his own black fate, and he knew that nothing good or purposeful would …

The Twa Corbies of Cardross

‘We’re in the woods and the concrete, we’re in the rafters and the gloom, we’re deep in the blood of …