Our Halloween-themed Issue presents spooky, spiritual and supernatural stories across fiction and non-fiction, for adults, children and young adults. Exploring classic and new takes on doppelganger and vampire tales, highlighting the spiritual origins of Halloween, and with much more including witchcraft, provocative contemporary art, and ghostly goings-on, the books featured here will have you looking over your shoulder the next time you're alone on a dark and misty night... 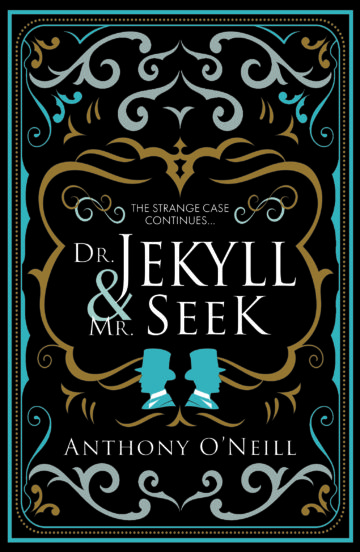 Anthony O’Neill extends Robert Louis Stevenson’s classic tale in this imaginative new novel. Seven years after the death of Edward Hyde, a stylish gentleman, claiming to be Dr Henry Jekyll, shows up in foggy London. But is this man who he says he is?

A sulphurous yellow fog, so thick it muffled the chimes of the Sunday church bells, had fastened overnight to London and refused to be dislodged by even the stiffest of breezes. It smothered domes and spires, blurred chimneys and gables, smudged walls and windows, and altogether turned the city into an immense spectral museum, through which even the most audacious traveller proceeded warily, never certain of what strange sights might lurk in the next chamber.

Mr Gabriel Utterson, the bald and bird-like lawyer, and his distant kinsman Mr Richard Enfield, the dashing man about town, were more than familiar with London fogs, having conducted their Sunday walks together for nearly eighteen years. Yet it is by no means certain that, were it not for the density of this particular fog on this particular day, they would have found themselves in a by-street of peculiar infamy.

‘Well,’ said Enfield, after a moment’s hesitation, ‘I should not need to tell you where the hand of fate has guided us.’

‘A certain building – yes, I see it now. A place as disagreeable as the man who emerged from it.’

‘He has not emerged from it for some time now. Nor from any other building, I wager.’

‘And yet, I can still see his face,’ mused Enfield, ‘as if it were yesterday.’

Both men were staring across the street, w... 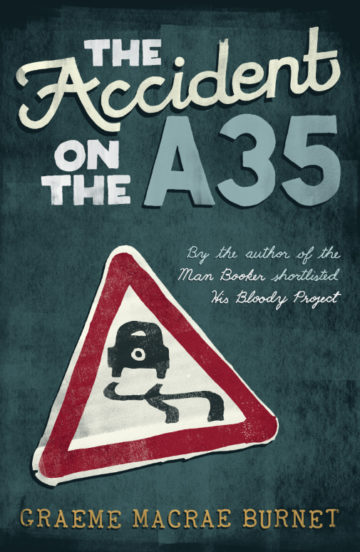 David Robinson Reviews: The Accident on the A35

Our monthly columnist enjoys the hotly anticipated new novel from Man Booker Prize shortlisted author Graeme Macrae Burnet. Set in the claustrophobic town of Saint-Louis in Alsace, the book reintroduces the troubled Inspector Georges Gorski, who readers first encountered in The Disappearance of Adele Bedeau, as he puzzles over a fatal car crash on the A35 where, at first, nothing appears to be remarkable.

Since readers were first introduced to Detective Inspector Georges Gorski in The Disappearance of Adle Bedeau in 2014, the fortunes of both his creator, Graeme Macrae Burnet, and the book’s publisher, Saraband, have been transformed. Being the best-seller on the 2016 Man Booker shortlist and winner of the Saltire prize for Novel of the Year tends to have that effect: it also leaves thousands of readers worldwide eagerly anticipating what Burnet is going to write next.

The answer is The Accident on the A35, which Contraband publishes on 26 October. It takes us ... 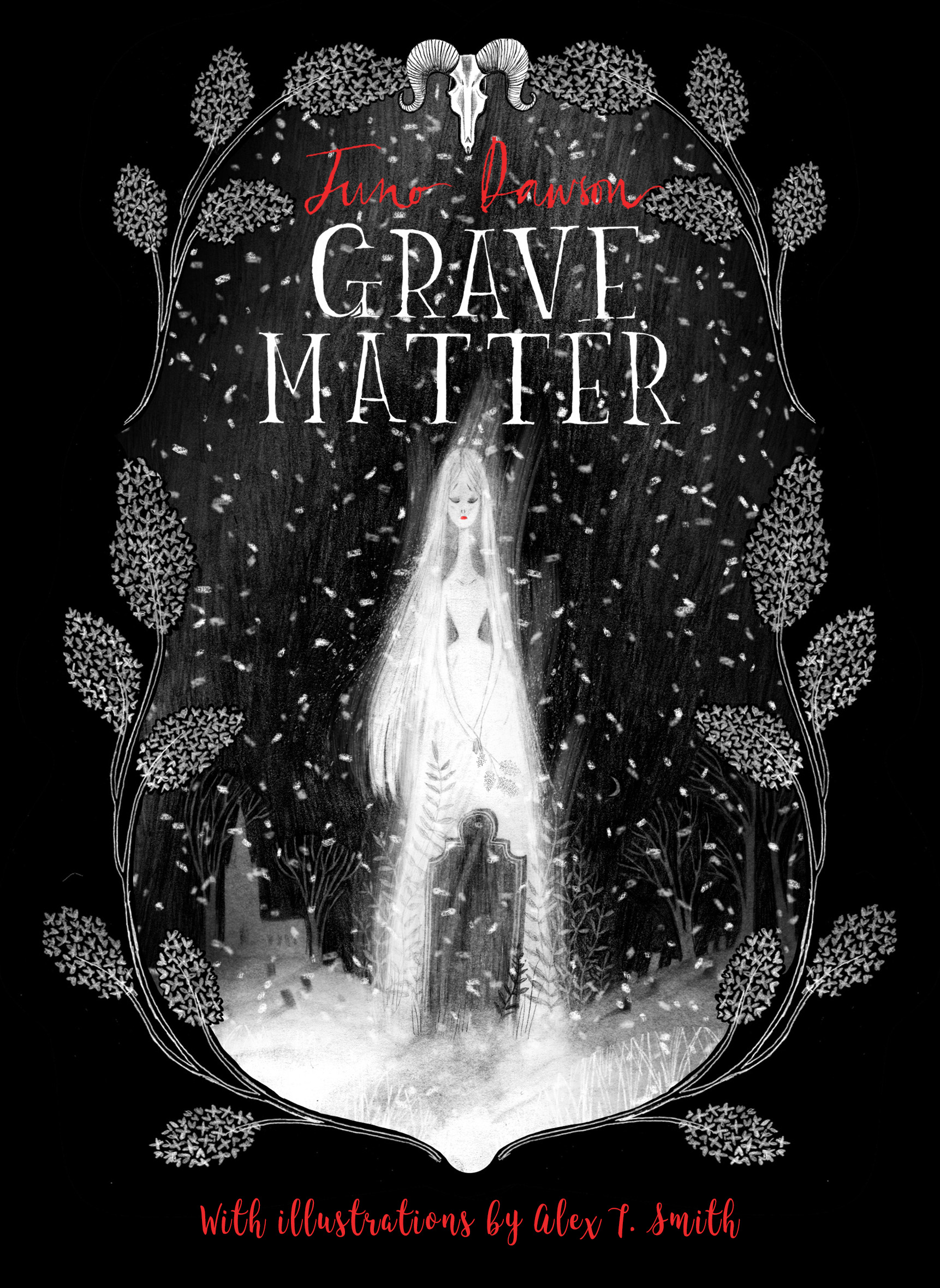 ‘All is black and white, with only the lilacs atop her coffin for colour. They were her favourite.’ 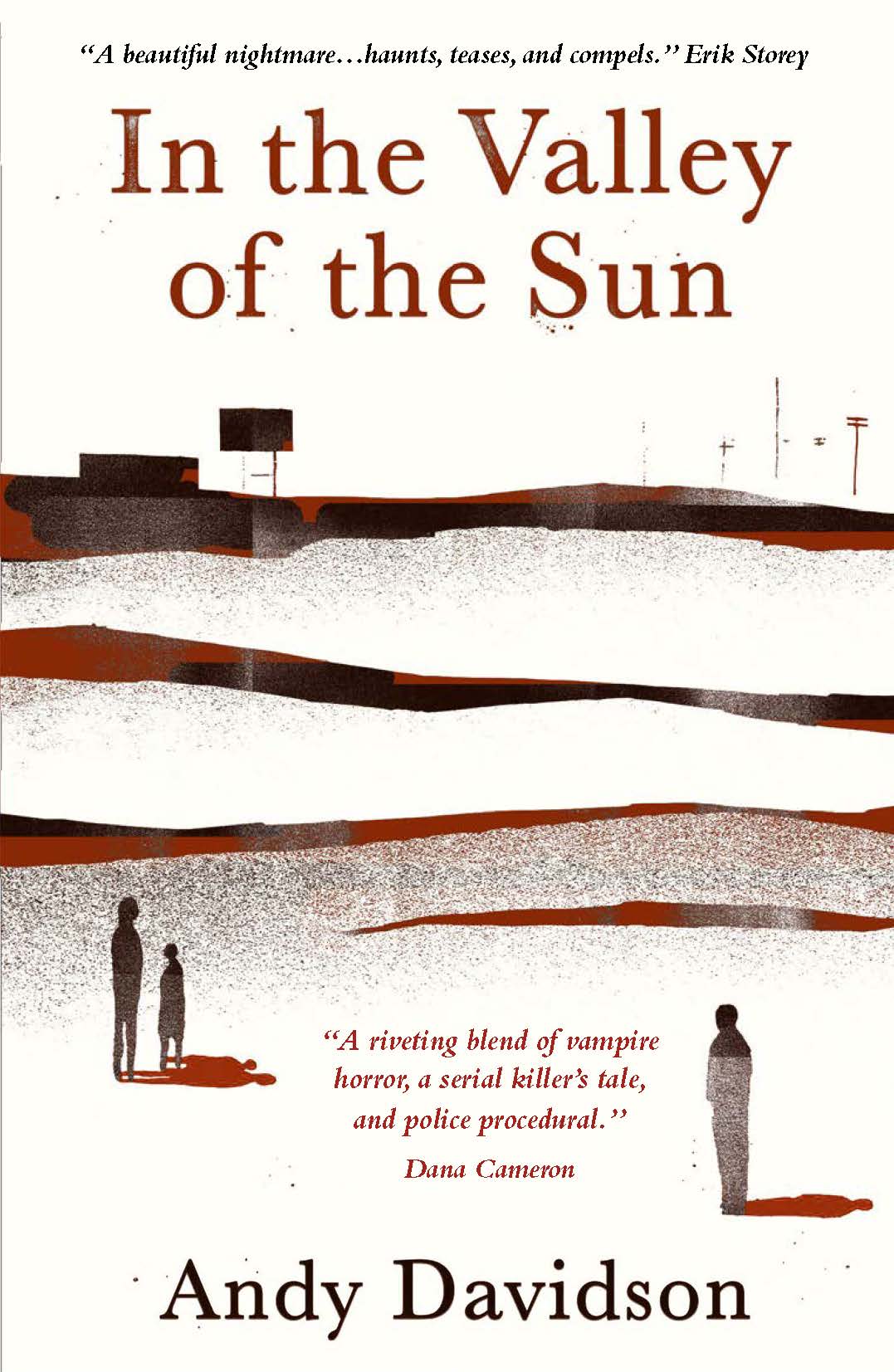 In the Valley of the Sun

‘He saw in that flood of gold his own black fate, and he knew that nothing good or purposeful would ever take root in him again.’ 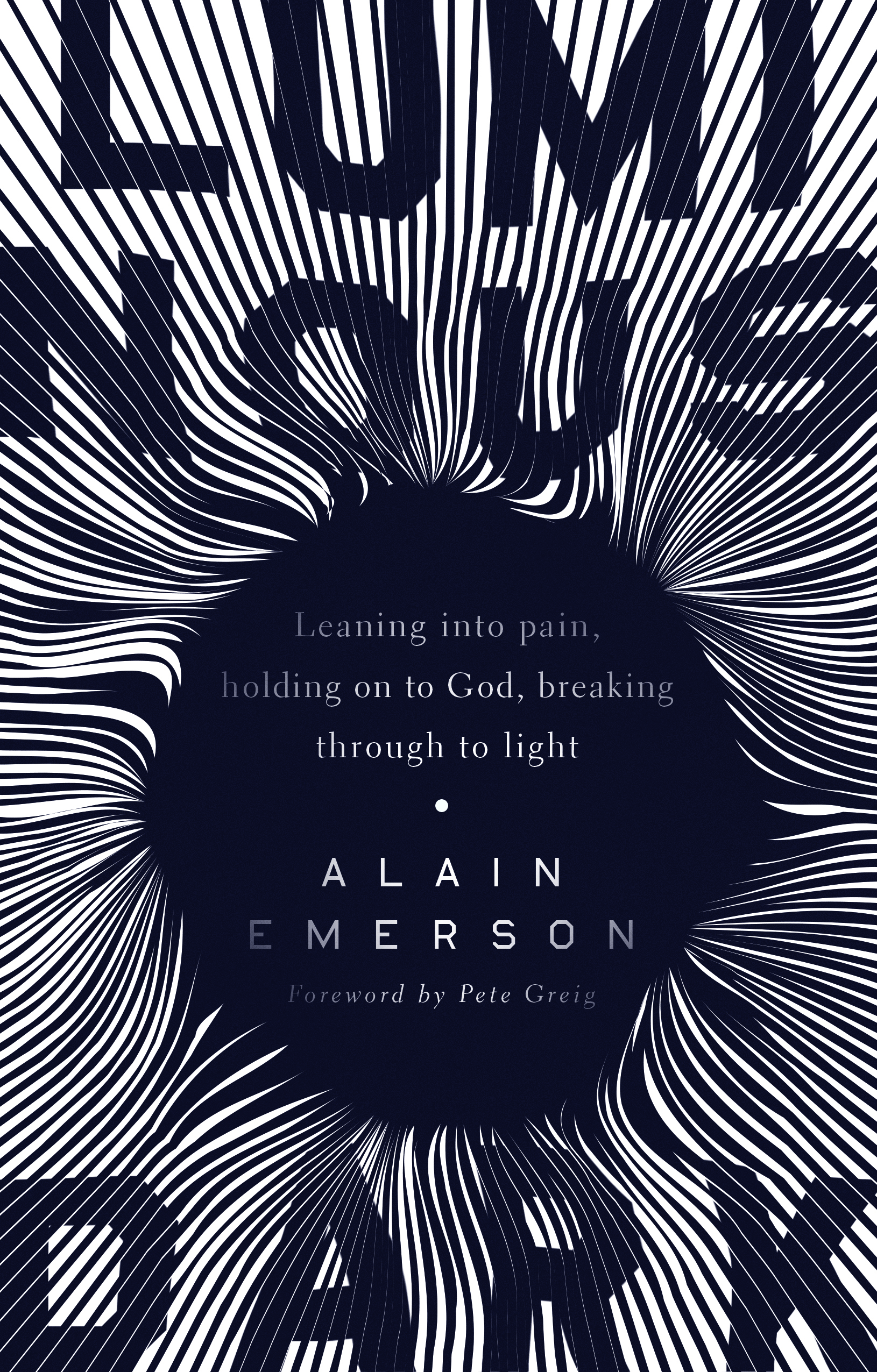 ‘Like most people I have lived my life scared of the dark, fear gripping hold of my senses on many occasions.’ 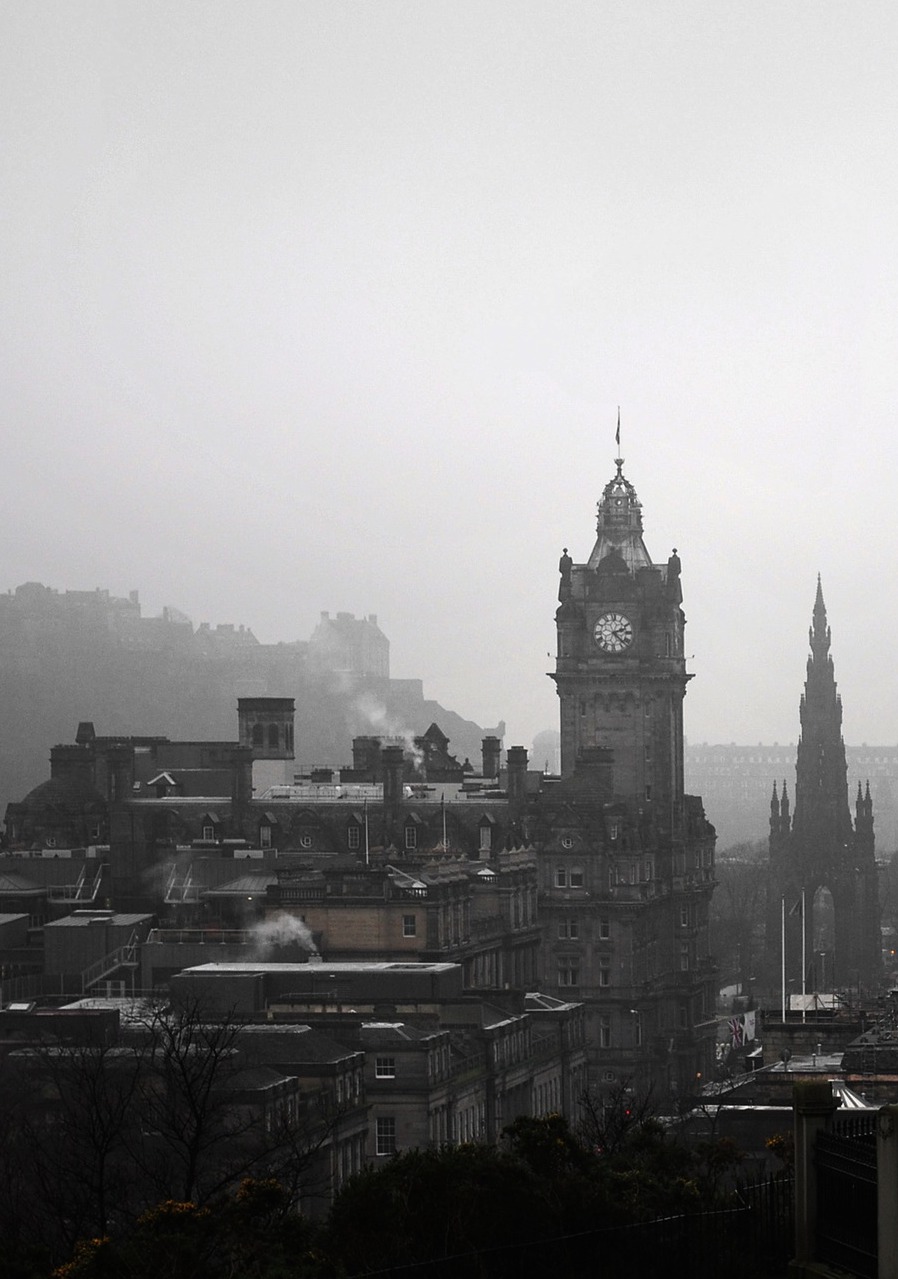 ‘He was supplementing daytime walking tours with evening work, shifting from culture and history to ghosts and serial killers.’ 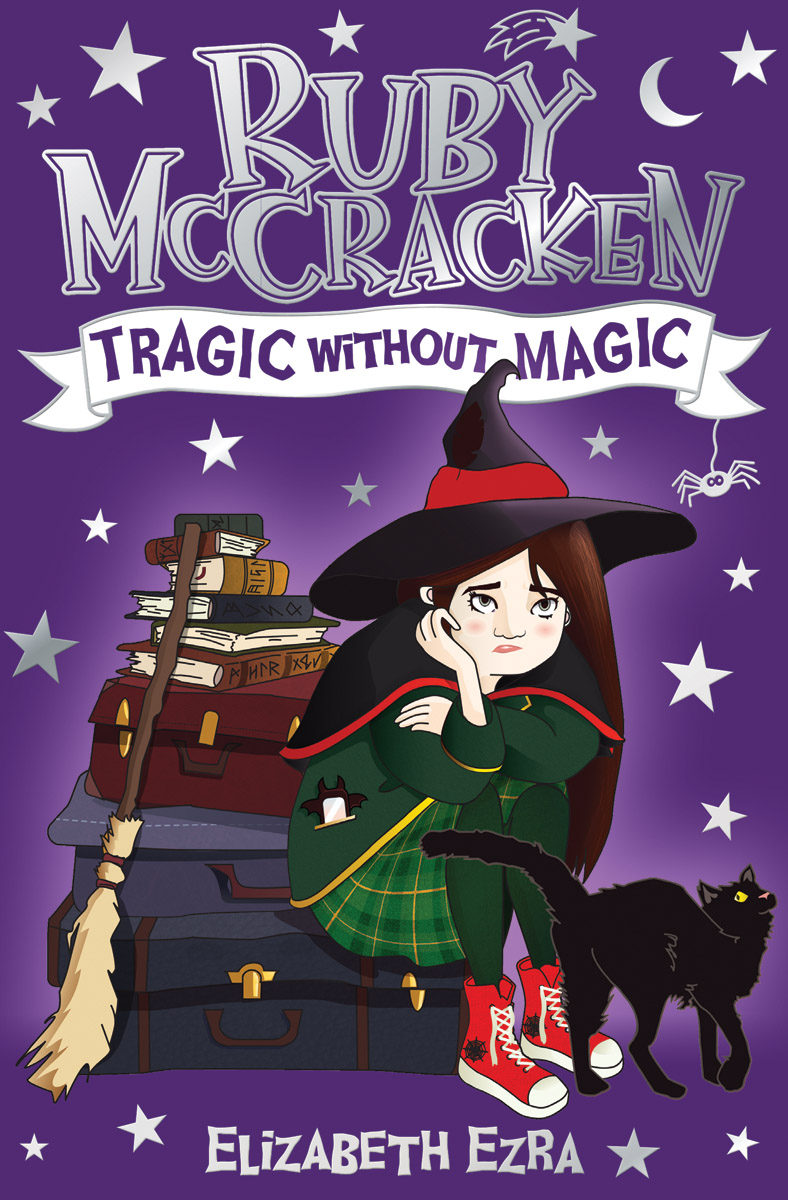 ‘A Spelling Bee in the Ord World doesn’t actually involve any magic spells.’ 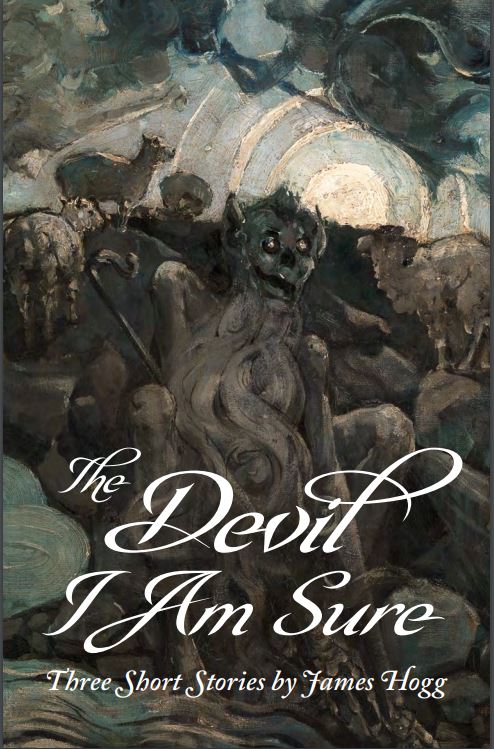 Hogg’s The Devil I Am Sure

‘I began seriously to doubt which of us was the right James Beatman.’ 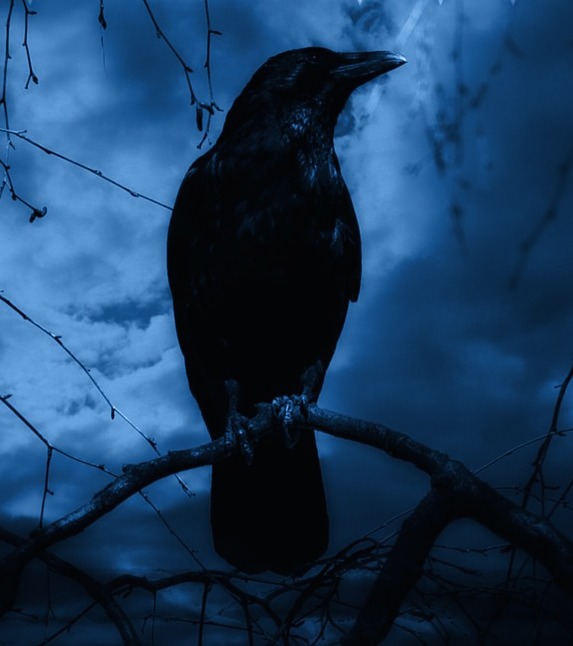 The Twa Corbies of Cardross

‘We’re in the woods and the concrete, we’re in the rafters and the gloom, we’re deep in the blood of the place.’ 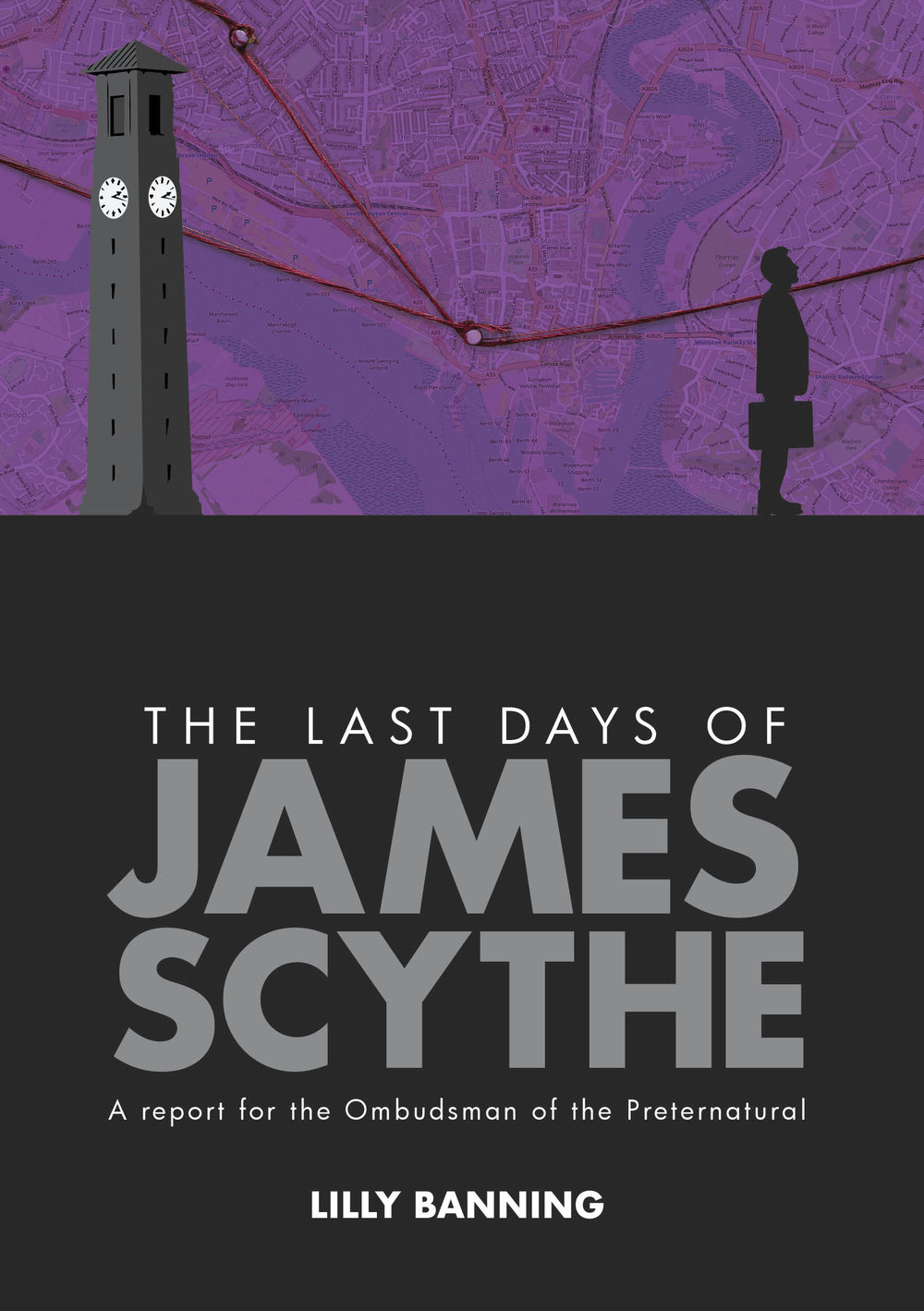 The Last Days of James Scythe

We speak to illustrator and designer David Ransom about being part of this experimental project from 404 Ink. 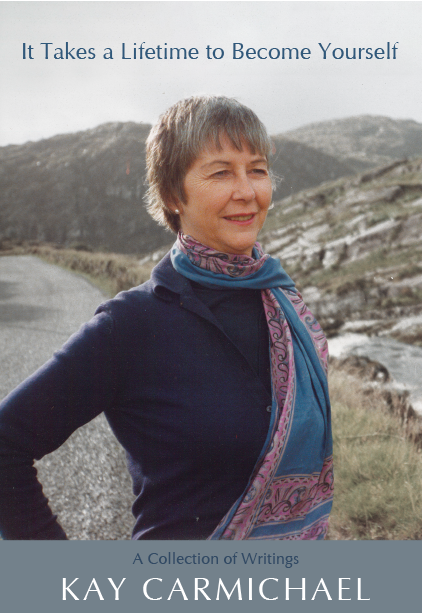 ‘Perhaps we need a new Halloween festival that will symbolise death with dignity – a witch we can learn from not fear.’ 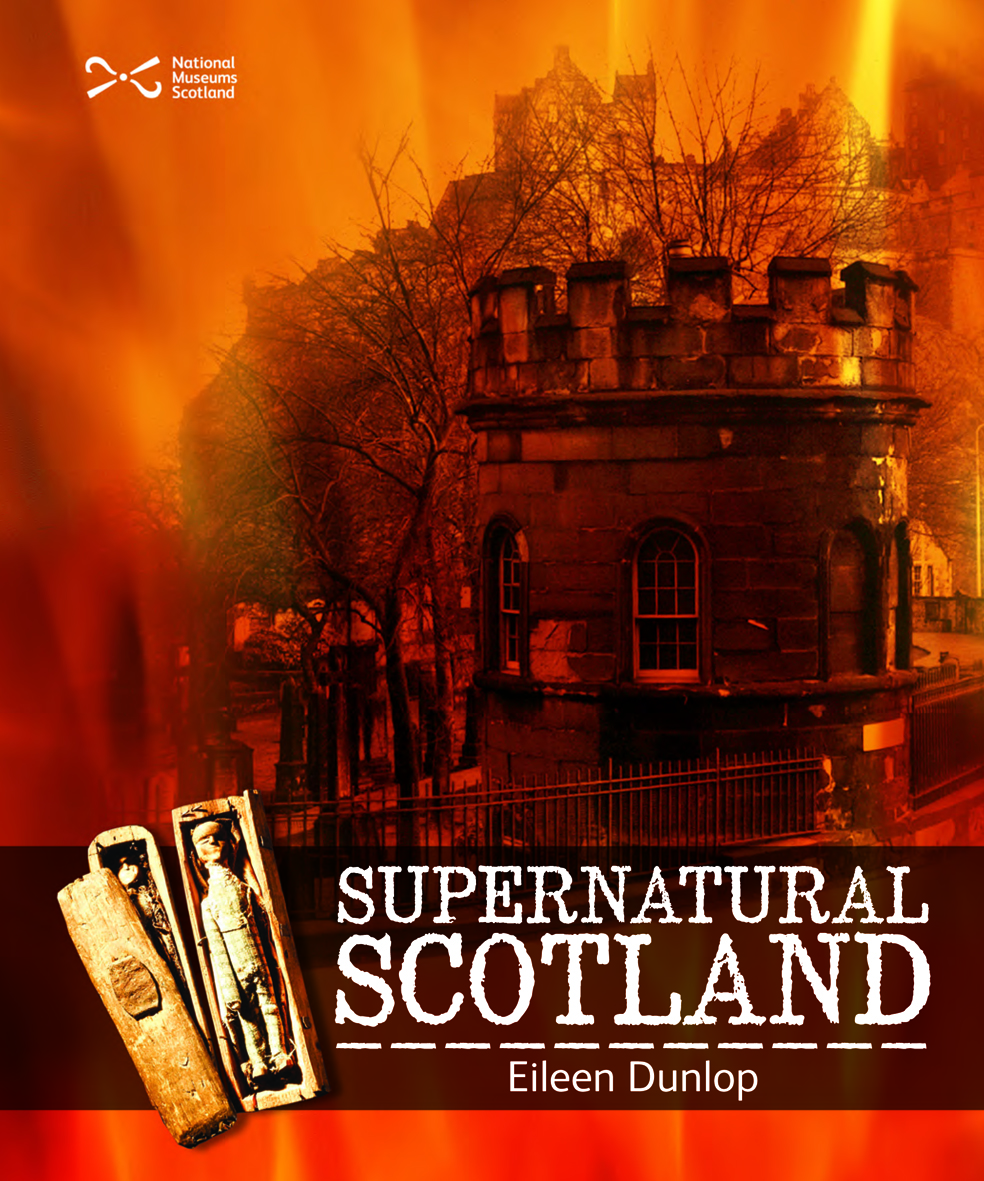 ‘Scotland’s saddest battlefield is haunted by a tall Highlander with a pale, tired face. He whispers ‘defeated’ to all.’ 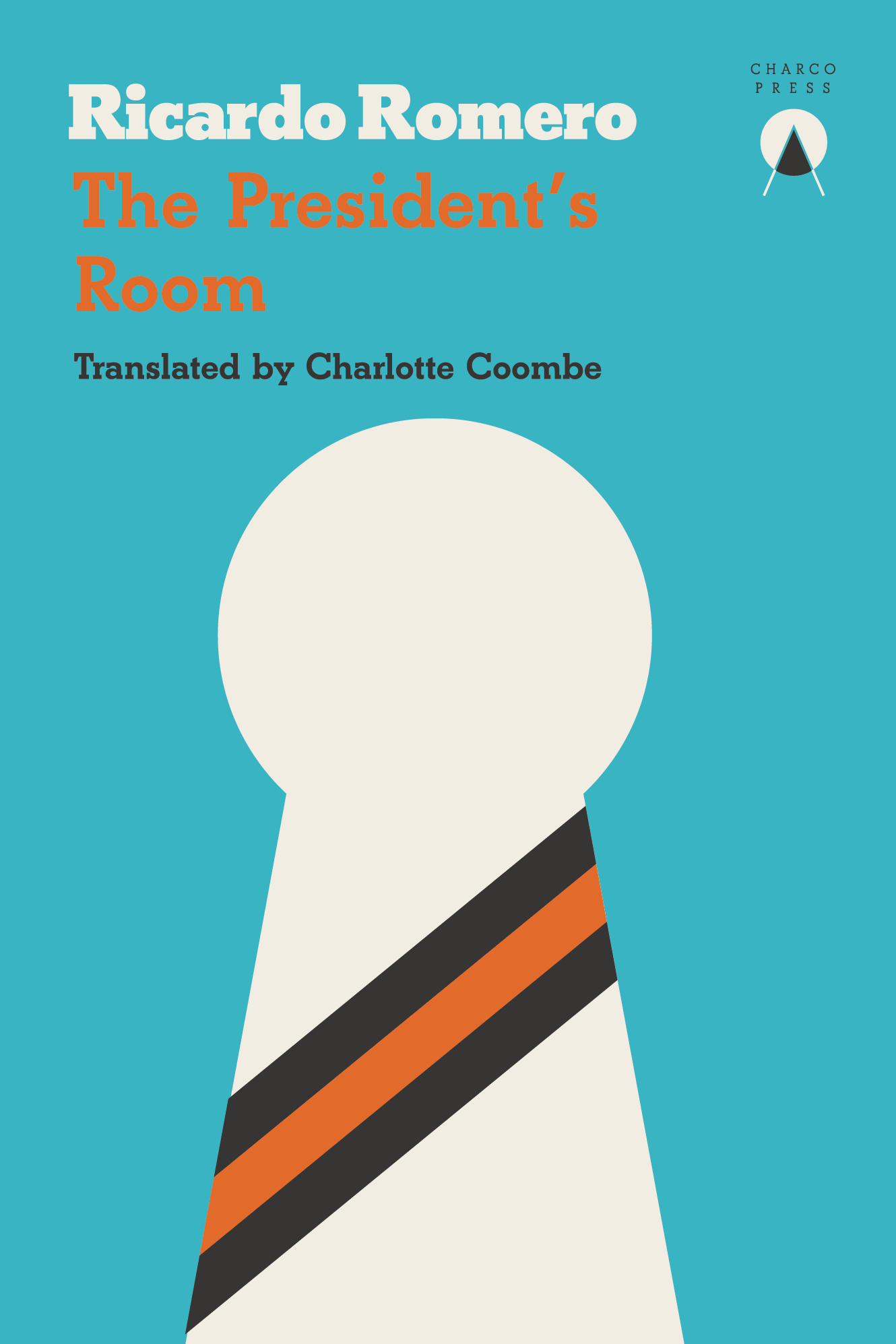 ‘Among the old furniture, the trunks, and always the same warmish air capturing the rays of sun as they filter through the skylight.’ 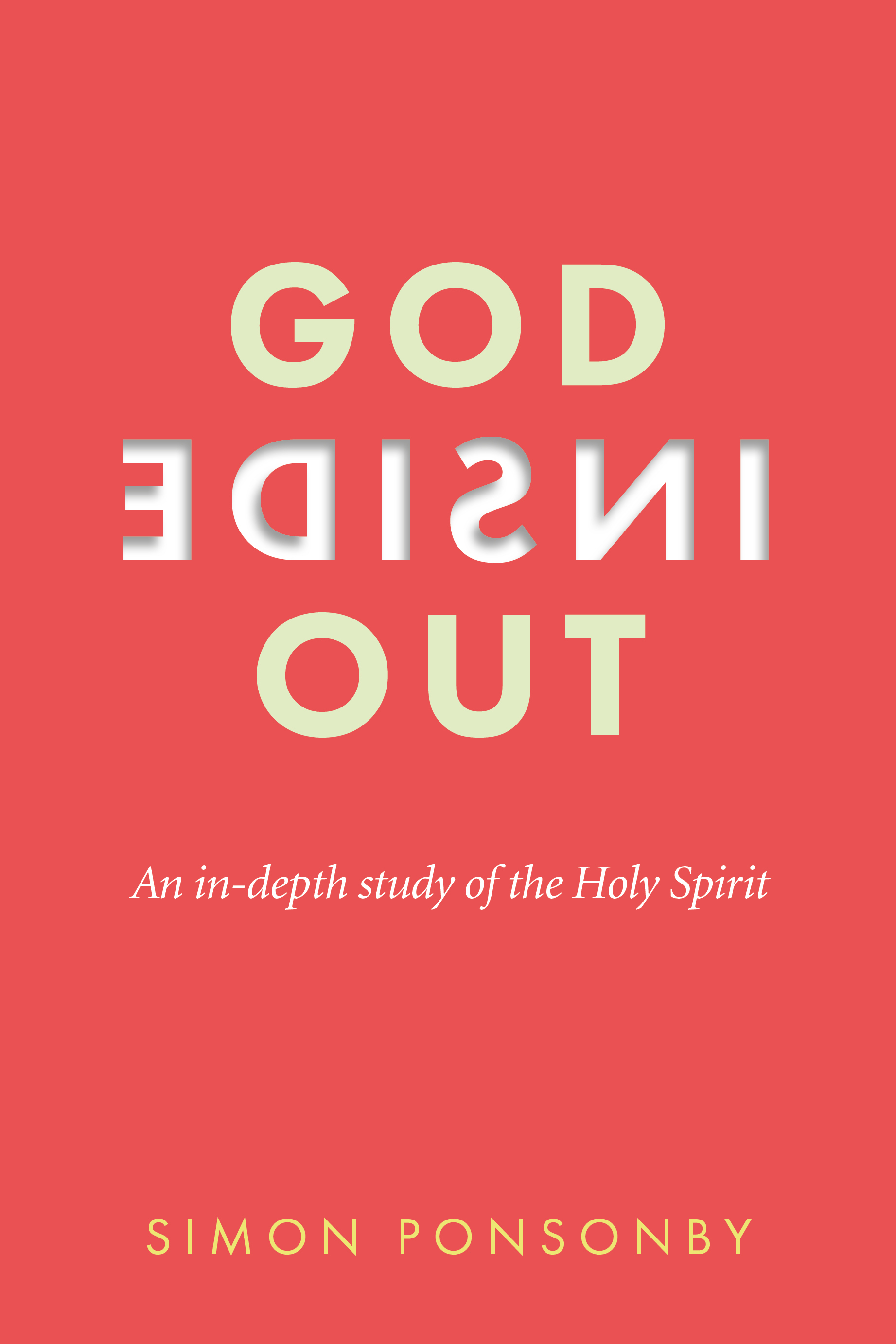 ‘Theologians have described him as […] the ‘dark side of the moon in Christian theology’, and ‘the stealth weapon of the Church’.’