The Last Days of James Scythe

PART OF THE Halloween ISSUE

We speak to illustrator and designer David Ransom about being part of this experimental project from 404 Ink.

404 Ink’s third book heralds collaboration with rock band Creeper this November, to accompany the Theatre of Fear tour which heads across the UK in December. The Last Days of James Scythe dives headfirst into the band’s music, and an eerie world not wholly our own, by exploring The Stranger, Callous Heart, and more. Books from Scotland spoke to illustrator and designer David Ransom about being part of this ambitious project.

How did working with Creeper come about and what kind of work have you done with them prior to The Last Days of James Scythe?

I’ve known three of the band members Will, Ian and Dan for years now having all come up in the music scene in Southampton so we’ve all played shows and hung out together. Through that we soon discovered we were all equally as nerdy about the same things, so it was really great to start working on projects together with them. The first thing I did for them was design a poster for their Southampton show in March. We did a run of 100 hand-screened prints and auctioned a signed one off for charity, so that was a really cool thing to start with. I then produced the ‘Inside Room 309’ Misery screening at the University here in Southampton which, again, I made some screened posters for and “themed” the event. Will and I spend a lot of time coming up with ideas and projects to work on which is obviously really great as a Graphic Designer, I get to do some really cool things that I wouldn’t normally get to do.

For those unaware, who is James Scythe and why should we be interested in his last days?

James Scythe was an officer for The Ombudsman of the Preternatural, who are a branch of the Government who investigate the weird and wonderful things in the UK. Toward the end of 2015 James was sent to Southampton to investigate a story of a dark apparition that has been sighted many times in the city. Unfortunately, disaster struck during his investigation and his life was changed forever. 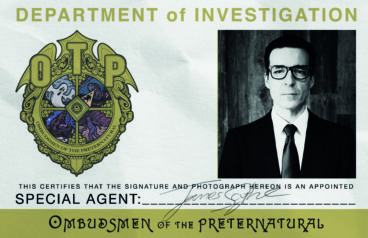 My role in the book has been primarily as a designer. There have been lots of artefacts of James’ life that we’ve needed to create and expand, to make him a real, three dimensional part of the world. But as well as that I worked closely with Ian and Will, as well as 404 Ink, to write and flesh out James’ back story; who he is, where he’s from and what really happened to him.

The Last Days of James Scythe comes out in a month – how do you feel about your first book credit?

Extremely excited! Terrified, but extremely excited. I always want to be busy, so it’s great to have a big project like this to get my teeth into. I can’t express how grateful I am to the guys in Creeper and 404 Ink for letting me work on this. I spent the last 10 years working as a photographer and I’ve only been working as a Graphic Designer for a few years now, so I’m really lucky to be able to do this kind of work so early on. 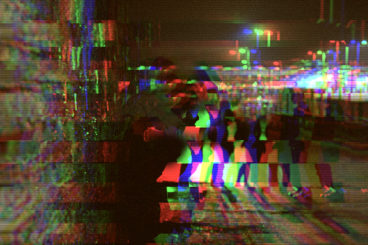 Any recommended Halloween reads for the road?

What’s great about working as a Designer is I can listen to audiobooks all day! I always have something on my bedside table to physically read, but it also means I can churn through a lot of books during the day. Like most people right now I’ve got Stephen Kings’ IT lined up and ready to go, but Phillip Pullmans’ Book of Dust has just come out so Pennywise will have to wait! In terms of Halloween themes, The Rivers of London books are fantastic, but I’m too much of a wuss to read anything actually scary.

The Last Days of James Scythe: A Report for the Ombudsman of the Preternatural can be preordered for £20. You can catch 404 and Creeper at the Theatre of Fear tour on the following dates:

‘All is black and white, with only the lilacs atop her coffin for colour. They were her favourite.’