‘If you’re willing to see the world through the eyes of a wide range of diverse characters.’

Victoria Williamson, author of the forthcoming children’s book The Fox Girl and the White Gazelle, reflects on her writing process and argues for the need for books to represent diverse experiences of childhood.

One of the first questions a writer gets asked is, “Where do you get your ideas from?”

Sometimes the answer’s easy – “It just popped into my head from nowhere while I was doing the ironing/feeding the dog/burning the dinner.” Other times, a story can take many years to develop, and comes from a complex mix of the author’s real life experience, contemporary issues in the news, and childhood memories. The Fox Girl and the White Gazelle is one of those stories.

My first stories however, were inspired by the books I loved to read. I began as an avid action-adventure fan, devouring The Famous Five, The Three Investigators, The Hardy Boys, and Tintin and Asterix books, before moving on to science fiction and fantasy – The Tripods trilogy, The Dragonlance Chronicles, and The Lord of the Rings. At the time, it didn’t occur to me that there was a connection between the books I was reading and the stories I was writing. It didn’t seem odd that all my main characters were male. On the few occasions I did write a female character, she wanted to be a boy, just like George in The Famous Five. When it came to stories, male characters – mostly middle-class white boys –- were the ones who got to go on action-packed adventures, and that’s just the way I thought it was.

It wasn’t until I became a primary school teacher that I began to question the connection between children’s ideas of themselves, what they thought they could accomplish, and the characters in the books they were reading. 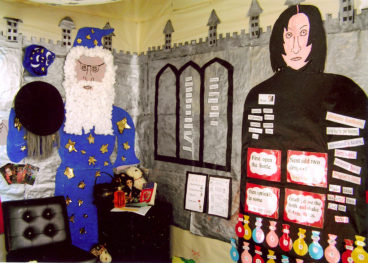 One year I was teaching a class of six-year-olds in an area of Glasgow with a high number of families seeking asylum. That term we’d been reading Harry Potter, and had spent our art lessons turning the class into Hogwarts, complete with a Diagon Alley word wall, a number train, feather-quill pencils and ‘house points’ for good behaviour. Late one Friday afternoon, the children were enjoying some free play time with the cloaks, broomsticks and cauldrons I’d bought second-hand on eBay. There weren’t quite enough to go round and, before I could intervene, an argument over the last wizard cloak broke out between a girl from the local Glasgow estate, and a boy recently arrived from Sudan. 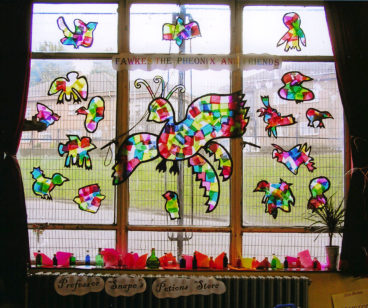 “You can’t be Harry Potter!” the little boy yelled, clinging onto the cloak, “you’re a girl!”

“You can’t be Harry Potter either!” the girl shot straight back, holding onto the cloak just as tightly, “you’re black!”

That was definitely an epiphany moment for me.

Over the next few years I began experimenting with the characters in my own novels, first with female protagonists, then with characters from many different cultural backgrounds. I’d spent a number of years teaching in Cameroon, Malawi and China, and am ashamed to admit that up until that point, it hadn’t occurred to me include these children in my stories before – such is the power of early experience of representation in our own fantasy lives.

The seeds of The Fox Girl and the White Gazelle were planted that year, the story of twelve-year-old Glasgow girl Caylin and Syrian refugee Reema, both of whom are struggling with difficult childhood experiences and are searching for a sense of belonging. The urban fox that cements their friendship came from the first novel I ever wrote as a teenager, a sprawling trilogy of hundreds of thousands of words and dozens of animal characters, of which only a handful of minor ones (I later realised) were female. Hurriyah, the fox called ‘Freedom’, is my attempt to redress the balance. 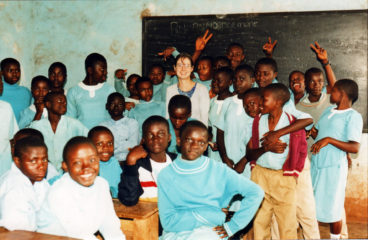 Childhood memories can also play a huge part in an author’s novels, and many of Caylin’s memories of Glasgow were inspired by my own: weekend trips to stay with my grandparents in Drumchapel, visits to feed the squirrels in nearby Dawsholm Park, and primary school sports days watching in awe as my gazelle-limbed best friend outran all the boys in our class.

The Fox Girl and the White Gazelle is a rich blend of all my life experiences and memories up until now, with as many ingredients as the magic potions my class brewed during the Harry Potter project year that sparked my novel. 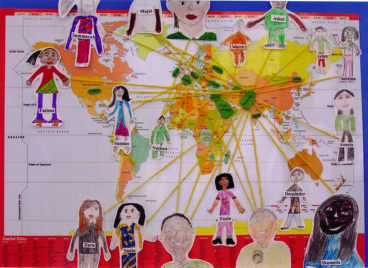 Where I’m From Project

Next time you ask a writer, “Where do you get your ideas from?” perhaps take a moment to ask yourself the same question. Do the books you read all feature people who are just like you? Are they all the same gender, with the same cultural background? If so, you’re missing out on countless fascinating stories. If you’re willing to see the world through the eyes of a wide range of diverse characters and learn from their experiences too, that’s when the real adventure begins.

The Fox Girl and the White Gazelle by Victoria Williamson will be published by Floris Books under the Kelpies imprint in April 2018 priced £6.99.

The Road to Givenchy: The Story Behind the Story

‘Her sisters lost their boyfriends and sweethearts in the mud and gore of France.’