The Social Lives of Mongooses

PART OF THE Blether ISSUE

‘So for social mongooses there is enough food to go around for the whole group, and having another individual beside you while looking for food does not completely ruin your chances of finding a meal.’

It’s not just humans that are social animals, and Whittles Publishing have just released a book that celebrates the marvellous mongoose. Here, the authors tell us about the social lives of these great creatures accompanied by some brilliant photographs. 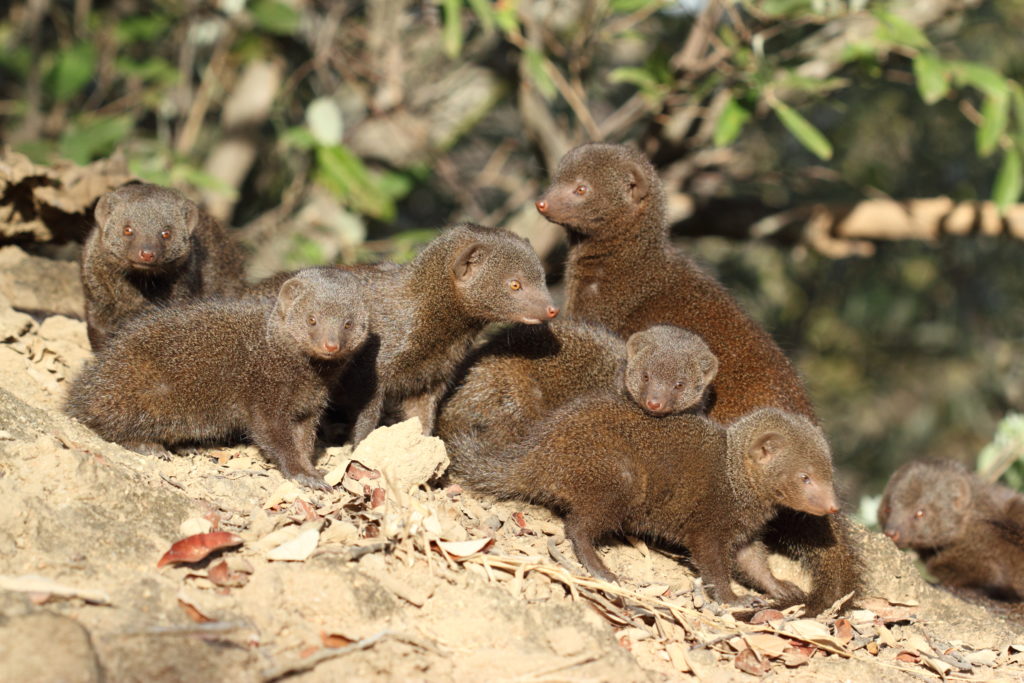 There are 34 species of mongooses that are spread across the two continents of Africa and Eurasia, on which they live within a wide variety of habitats, from open savannah to dense rainforest. Yet very little is known about these fascinating small carnivores. Apart from a few species that live in Africa, such as the endearing and very popular meerkat, most mongooses are rarely seen in the wild, and several have never been studied by scientists.

Do mongooses live in groups, like a pack of wolves, or do they live on their own, like the solitary cats? In fact, most mongooses are solitary, but several species live in social groups, which highlights the extraordinary diversity of social organisation that exists within this group of small carnivores.

Twenty-three mongoose species live mainly solitary lives, with males and females defending separate territories and only coming together for a short time to mate, a few days at most – just a mother and her offspring will spend any significant time together, up to six months or so, and the father is not involved in their upbringing. Recent field studies, however, have revealed that some solitary mongooses may form groups when there are very abundant food resources, such as human garbage dumps. And one species, the yellow mongoose, usually forages alone during the day, but several individuals will sleep together at night in the same den and may cooperate with each other to raise their young. 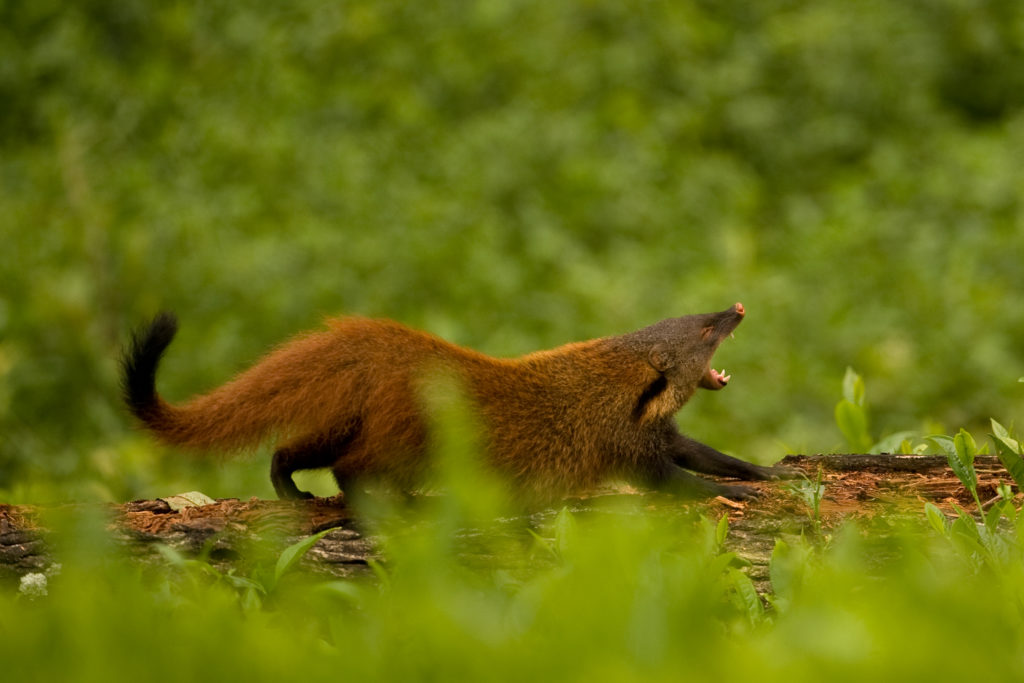 Eleven mongoose species live in groups, ranging from 3 to 30 individuals and comprising adult males and females, and their young. These mongooses display many social interactions and individuals in a group will work as a team to raise their offspring, often babysitting, feeding and grooming pups that are not their own. They also cooperate with each other to detect predators, such as jackals, snakes and raptors, and will sometimes bunch together to drive away large dangerous animals. The meerkat and the banded mongoose are undoubtedly the most well known of the social, group-living mongooses.

Why do some mongoose species live in groups, whereas others do not? Cooperative hunting is a common explanation for why large carnivores, such as wolves and lions, form social groups: several individuals, acting together, can bring down prey larger than they could kill on their own, which can then feed the whole group, including any dependent young. But mongooses rarely work together as a team to capture prey that is larger than themselves. Instead, it seems that the availability of food is one of the prime driving forces for mongooses living in groups. Many solitary mongoose species include a large proportion of small vertebrates in their diet, such as small mammals, reptiles, amphibians and birds, and usually, there is just not enough of this type of food in their foraging area to feed several mouths at once. Also, one mongoose foraging alone is less likely to scare away a mouse or a lizard than a large group thrashing through the undergrowth. In contrast, social, group-living mongooses mainly eat invertebrates, such as insects, which can be very abundant in some habitats and are much less sensitive to disturbance by several individuals foraging together; invertebrates can also quickly replenish an area after they have been harvested. So for social mongooses there is enough food to go around for the whole group, and having another individual beside you while looking for food does not completely ruin your chances of finding a meal. 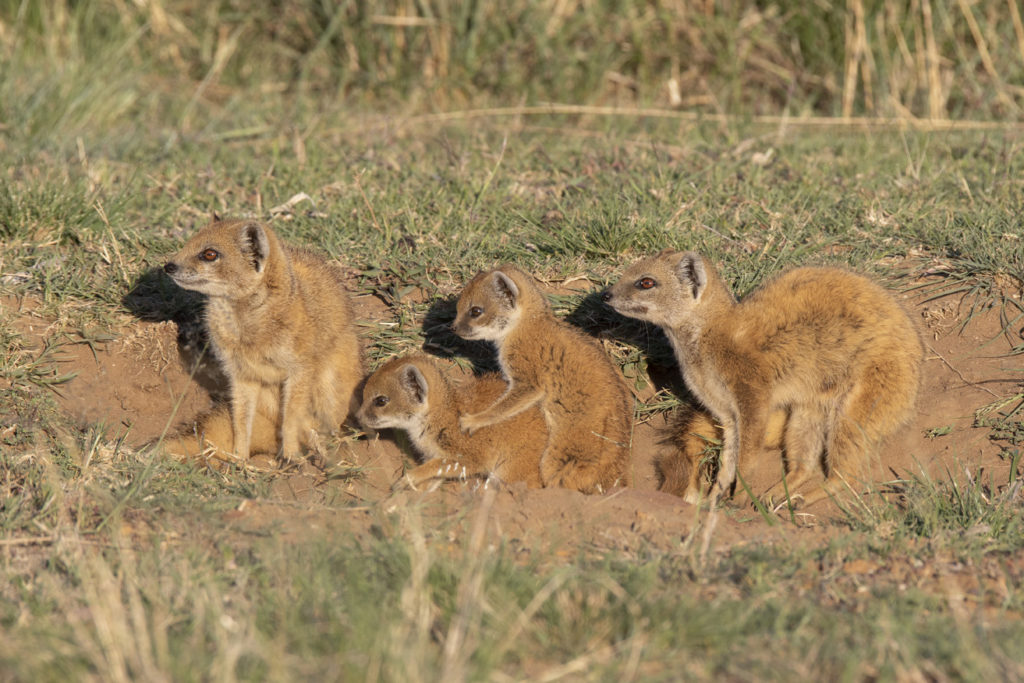 Predation risk is another instrumental factor for driving sociality in mongooses, particularly in open savannah habitat. Mongooses are quite small animals that are vulnerable to large predators, such as larger carnivores, snakes and raptors, and a mongoose moving around in open habitat is particularly at high risk since it is much more visible to preying eyes. Being in a group can then be beneficial through coordinated vigilance for an approaching predator, and group members take turns to go ‘on guard’ to watch for predators by standing on an elevated structure, such as a termite mound or tree. This individual gives a specific call, the ‘watchman’s song’, to inform other group members which mongoose is on guard duty, and upon sighting a predator, it will then give a specific alarm call. This guarding helps reduce mortality within the group, since several dedicated eyes are scanning the horizon at all times. This vigilance system demonstrates the high levels of cooperation and communication that have evolved in social, group-living mongoose species.

The range of social organisations within the mongoose family is quite remarkable and is just one of the fascinating aspects of this amazing group. You can learn more about the natural history of mongooses through reading our new book on these intriguing animals. 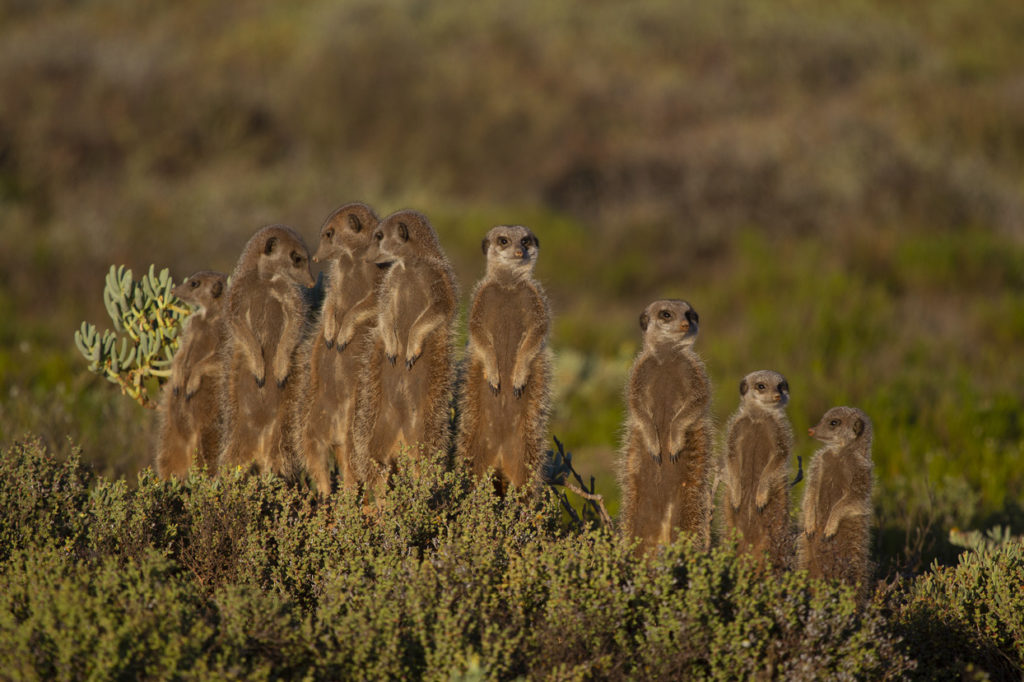 Photograph by Emmanuel Do Linh San

Mongooses of the World by Andrew Jennings & Geraldine Veron is published by Whittles Publishing, priced £18.99

The Social Lives of Mongooses

‘So for social mongooses there is enough food to go around for the whole group, and having another i …

‘How late it was, how late is a heroic monument to the freedom and resilience of the individual subj …