PART OF THE The Bold and the Brave ISSUE

‘Burrell had a deep sense of public duty, serving for long periods as a local councillor and as a trustee of national institutions in England and Scotland, and wished to use his art collection for public good’

The Burrell Collection, opened in 1983, captures on of the greatest gifts made to any city in the world. Glasgow was the recipient, in 1944, of over 6,000 artworks that spanned centuries and civilisations. This extract, shared with BooksfromScotland, gives an introduction to Glasgow-born shipping magnate Sir William Burrell and his wife, Constance, Lady Burrell, as well as the extensive collection and archive amassed in their name.

Sir William Burrell (1861–1958) was one of the world’s great art collectors. He and his wife Constance, Lady Burrell (1875–1961), created a collection numbered at over 8,000 artworks which they gave to their home city of Glasgow, Scotland, in 1944, in what has been described as ‘one of the greatest gifts ever made to any city in the world’. 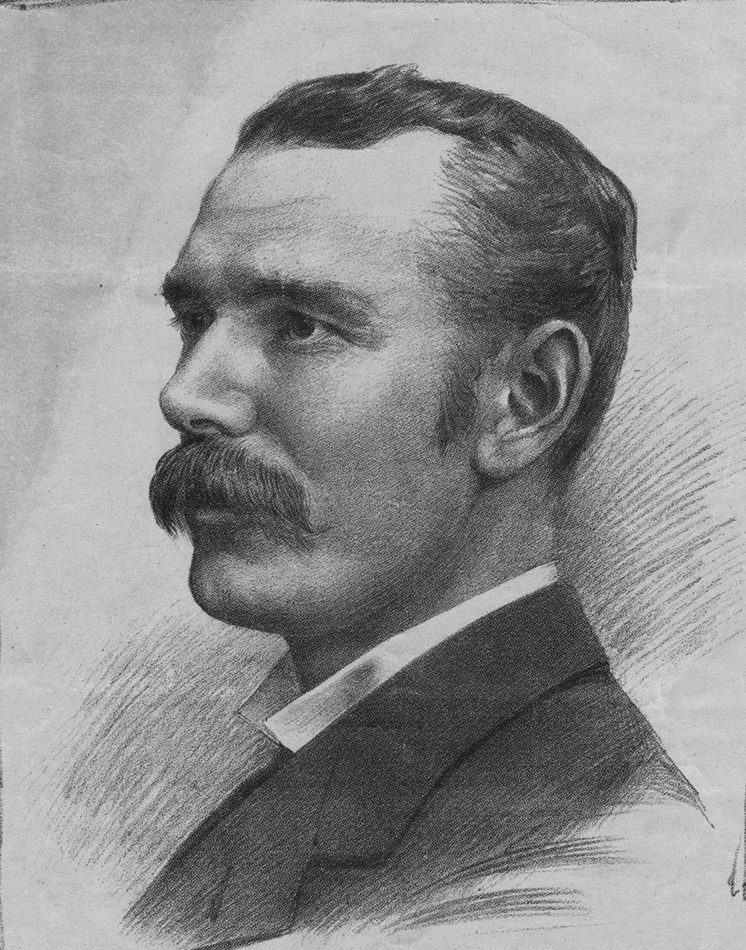 The Burrell Collection was born out of the late Victorian industrial boom that propelled Glasgow into being the workshop of the world and the second city of the British empire. Untold wealth was earned by an industrial elite who then sought to increase their social status by collecting art. William Burrell was born into a prosperous middle-class family of shipowners. When his father died in 1885, he and his brother George took over the business while still in their twenties, transforming it into one of the leading cargo shipping companies in Britain. William had a natural flair for business and earned himself a sizeable fortune. He had developed an interest in art as a boy and he used this wealth to steadily build his collection, quickly surpassing his local contemporaries in terms of the quantity and quality of his artworks and firmly establishing for himself an international reputation as a collector of good taste and judgement. He used his wealth and art collection to his advantage, and ultim- ately acquired a knighthood, a castle and a place in high society. However, this was not simply a vainglorious rise to power for its own sake. Burrell had a deep sense of public duty, serving for long periods as a local councillor and as a trustee of national institutions in England and Scotland, and wished to use his art collection for public good. He lent large parts of it to galleries around the country so that as many people as possible could enjoy it, and, unlike most collectors, his collection was not sold or bequeathed for personal or family gain. When he donated the majority of his collection to Glasgow,  with  smaller  parts  going  to  Berwick-upon-tweed  and several other provincial galleries, his aim was to enhance the cultural standing of these places and to improve the lives of their citizens. At the time of his gift the collection was valued at well in excess of £1 million, and it came with an additional £450,000 in cash to build a dedicated museum for it. This was a major act of philanthropy, with very few strings attached other than stipulating where and how it was to be displayed. Burrell simply wanted people to gain as much pleasure from art as he had, and to improve their lives through a better understandingand appreciation of beauty.

Burrell proved to have an innate talent for art collecting. He understood what he was buying, and his refined tasteled him to areas that other collectors dared not touch. His primary passion was for Gothic art and he built an outstanding collection of medieval and renaissance tapestries, stained glass and furniture. His collection of Chinese bronzes and ceramics is one of the most comprehensive in the country, and his collection of French impressionists contains numerous masterpieces by Manet, Cézanne and especially Degas, of whose work Burrell amassed the largest number of any collector in the country. And he was ahead of his time in collecting works by Dutch artists – the Maris brothers were particular favourites. As a result, parts of his collection rival those of major international art museums such as the Victoria & albert museum in London and the metropolitan museum of art in New York. As one newspaper observed: ‘it is said that there are about six thousand art collectors in Glasgow, but few can have bought more judiciously and more courageously than sir William Burrell.’ His collection may seem eclectic, but what connected the different parts was his love of artistry, history and the quality of craftsmanship. He was particularly attracted by the beauty of form and colour, and admired items with strong historical connections, particularly those associated with noble and royal families. This tied in with his Conservative political principles which, to a certainextent, guided his collecting.

These collecting passions were shared with his wife Constance, who played an active role in developing the collection. in his will Burrell was very particular in stating: ‘I have had the benefit of my wife’s help in many ways including financial help and have received from her the greatest assistance and most wholehearted support in forming the collection . . . it is my desire that it be distinctly understood that the entire gift is from my wife and myself and that her name shall always be associated with mine and shall receive full acknowledgement in all official literature relating to the collection’. William and Constance were faithful and loving companions throughout their married lives, and operated very much in partner- ship in their business, collecting and philanthropic endeavours.

Unlike many collectors, Burrell knew exactly what was in his collection. He left school at fifteen but had a typically Scottish Presbyterian approach to self-education, putting in the hard work that was required to develop his knowledge. He took the time and effort to study and understand what he had, and his library contained a significant number of books on art, history and literature that were well read and annotated. He consulted leading academics on certain aspects of his collection and used respected art dealers to guide his knowledge. He revelled in understanding the full historical significance of items in his collection and it was said that ‘to hear sir William’s account of the history of a particular picture, tapestry, sculpture or art object was an education’.

Burrell is often compared to other major collectors such as the American newspaper magnate William Randolph Hearst, the financier J. P. Morgan and the steel and railroad baron Henry Clay Frick. Their collections were much larger and had their own strengths, but these men had wealth that far outstripped Burrell’s and they often bought in bulk andrather indiscriminately. Burrell was a very different collector, far more judicious, balancing his comparatively limited wealth with his extensive knowledge of art and history to carefully build his collection over a lifetime. He was rather disdainful of Hearst, saying that he ‘paid whatever was asked whether genuine or spurious’. Later, Burrell was able to buy parts of that collection for a fraction of what Hearst paid after the American became financially embarrassed.

Burrell, too, wanted to build a large and impressive collection, but not at any price. He set limits and stuck to them. If something went beyond that limit, he regretted the lost opportunity, but was quite resolute in not paying more than what he thought something was worth. He approached his art purchases as business transactions; although he let his heart select the objects, it was his head that bought them. This system worked because he rarely attended auctions himself, getting others to bid on his behalf – he built a successful network of dealers who understood and trusted his business methods, operating within the limits that he imposed. it also meant that other dealers and bidders were not alerted toBurrell’s interest in certain lots. As Kenneth Clark observed: ‘His stories of how he outwitted art dealers are too numerous to be repeated; but the funny thing is that they rather liked him. He was playing their game, and they knew where he stood.’ 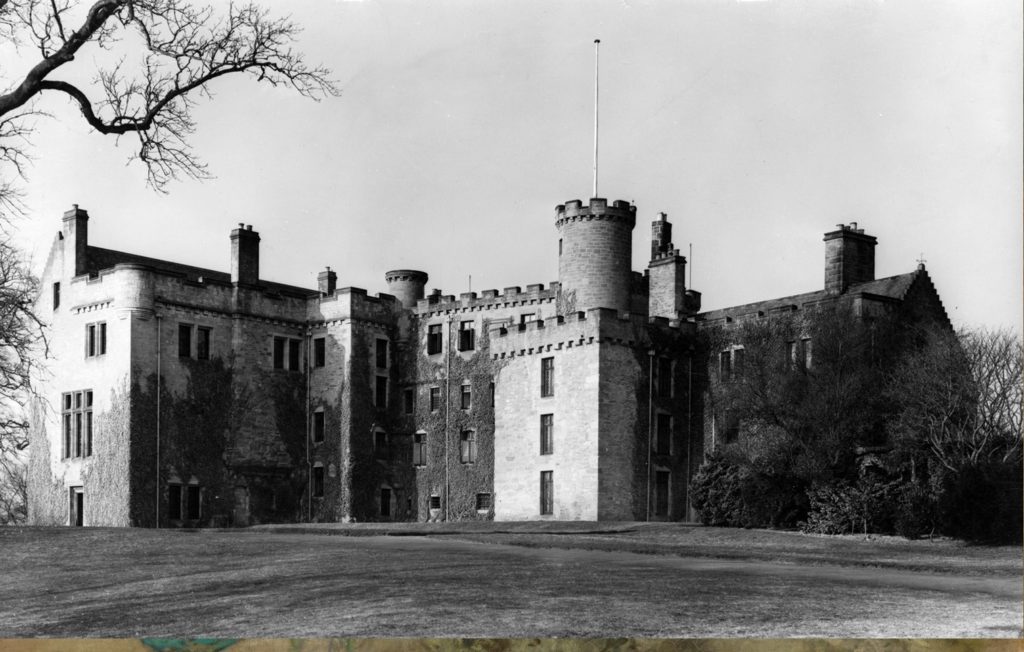 Hutton Castle, where Burrell lived with his art collection

William Burrell: A Collector’s Life by Martin Bellamy and Isobel MacDonald is published by Birlinn, priced £25.00.

‘Burrell had a deep sense of public duty, serving for long periods as a local councillor and as a tr …

Daughters of the North

‘As news of Huntly’s defeat was brought to Mary, Queen of Scots in Aberdeen, there was a scramble to …