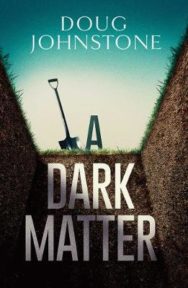 Three generations of women from the Skelfs family take over the family funeral-home and PI businesses in the first book of a taut, page-turning and darkly funny new series.Meet the Skelfs: well-known Edinburgh family, proprietors of a long-established funeral-home business, and private investigators…When patriarch Jim dies, it’s left to his wife Dorothy, daughter Jenny and granddaughter Hannah to take charge of both businesses, kicking off an unexpected series of events.Dorothy discovers mysterious payments to another woman, suggesting that Jim wasn’t the husband she thought he was. Hannah’s best friend Mel has vanished from university, and the simple adultery case that Jenny takes on leads to something stranger and far darker than any of them could have imagined.As the women struggle to come to terms with their grief, and the demands of the business threaten to overwhelm them, secrets from the past emerge, which change everything…A compelling, tense and shocking thriller and a darkly funny and warm portrait of a family in turmoil, A Dark Matter introduces a cast of unforgettable characters, marking the start of an addictive new series. 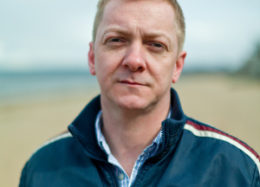 Doug Johnstone is an author, journalist and musician based in Edinburgh. He’s had eight novels published, most recently Crash Land. His previous novel, The Jump, was a finalist for the McIlvanney Prize for Scottish Crime Novel of the Year. Several of his other novels have been award winners and bestsellers, and he’s had short stories published in numerous anthologies and literary magazines. His work has been praised by the likes of Ian Rankin, Val McDermid and Irvine Welsh. Several of his novels have been optioned for film and television. Doug is also a Royal Literary Fund Consultant Fellow. He’s worked as an RLF Fellow at Queen Margaret University, taught creative writing at Strathclyde University and William Purves Funeral Directors. He mentors and assesses manuscripts for The Literary Consultancy and regularly tutors at Moniack Mhor writing retreat. Doug has released seven albums in various bands, and is the drummer for the Fun Lovin’ Crime Writers, a band of crime writers. He also reviews books for The Big Issue magazine, is player-manager for Scotland Writers Football Club and has a PhD in nuclear physics.Follow him on Twitter @doug_johnstone and visit his website: dougjohnstone.com