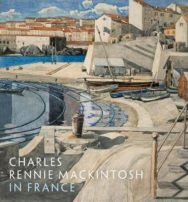 Known worldwide for his architecture and interior designs, Charles Rennie Mackintosh (1868-1928) was also an extremely gifted painter. Towards the end of his life, he gave up his principal career as an architect and moved to the south of France where he devoted himself to painting in watercolour. Meticulously executed and brilliantly coloured, these landscape watercolours are conceived with a sense of design and an eye for pattern in nature, which owes much to his brilliance as an architect and designer. This book charts Mackintosh’s time in France and explores his career as a landscape painter, placing his work in the context of the modern movement. The forty-four paintings Mackintosh is known to have completed while in France are illustrated, and are supported by documentary photographs of the places he painted as well as extracts from his letters written to his wife and friends.This new, revised edition of an enduringly popular title on one of Scotland’s best-loved artists contains a new foreword by the Director General of the National Galleries of Scotland, Sir John Leighton, and will feature a new cover design, updated to feature the popular flexicover binding.

Pamela Robertson is a leading authority on the works of Mackintosh and his circle. She is currently a Governor of the Glasgow School of Art and Professor of Mackintosh Studies and Senior Curator, Hunterian Museum & Art Gallery, University of Glasgow. Philip Long is the current director of the V&A Dundee and former senior curator at the Scottish National Gallery of Modern Art.