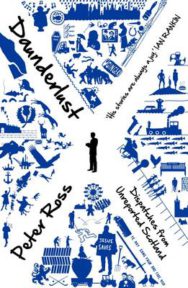 Peter Ross’s weekly articles from around Scotland have been a sterling attraction for the readers of Scotland on Sunday for years. A selection of the best are collected here, for the first time. Each a gem of insight and wit, they provide a piece-by-piece portrait of a nation as it changes. Always with his eye on the individual, Peter Ross presents some of the less well known aspects of the country, including the latex-clad patrons of a fetish club, as well as a new look at some of the more familiar, such as the painters of the Forth Rail Bridge. It is a look from the inside, one you are likely to recognise although one you will not have read about before, not in quite this way. The Anatomy Rooms is an exotic mix indeed, Scotland as she really is, a hopeful country not without problems and pain, but a nation made great by the people who live, love, laugh and graft there. From anatomists who find dissection beautiful to chip-shop owners who sing arias while serving fish suppers, the Scots in these pages come over as eccentric, humorous, moving and extraordinary

A six time winner at the Scottish Press Awards, Peter Ross is one of Scotland’s best feature writers. He has written for The Guardian, The List, The Face, The Big Issue, as well as spending eight years on The Sunday Herald. From 2007 he has been contributing his Around Scotland articles to Scotland on Sunday with great success.