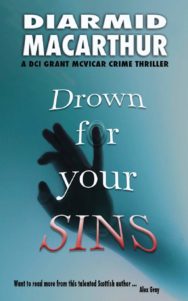 Home > Fiction from Scotland > Adventure/Thriller > Drown For Your Sins

Drown For Your Sins

The discovery of the naked and mutilated body of a young man in a Scottish loch sends shockwaves through the local community.

When DCI Grant McVicar is tasked with finding the killer, it’s not the obvious choice. Tragedy has thrown him into turmoil, and he is a troubled man.

What starts out as a fairly straightforward investigation soon turns nasty, leading McVicar and his team into the dark world of a notorious Glasgow crime family. McVicar has encountered them before and his need for vengeance is at war with his need to bring them to justice. He’s determined to uncover the truth, but the force of his hatred starts to cloud his judgement, and those around him begin to question his fitness for duty. 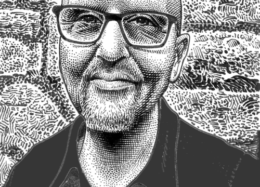 Hailing originally from Campbeltown, Diarmid MacArthur is an author now based in Renfrewshire, where he has run his optician`s business for over thirty years. Having always believed good communication to be one of the key factors in dealing with the public, Diarmid has turned that skill to writing. Drown for your Sins is his first straight crime novel. Set in his home territory of the West of Scotland,  Diarmid has drawn on his extensive network of friends and business contacts, as well as his personal experiences, to research meticulously the details for this compelling tale of complex relationships, intrigue and, of course, brutal, bloody murder! When not engaged in his business or writing his novels, Diarmid is also a musician, a poet and a rower. He lives with his wife and his two teenage daughters just outside the attractive little RenfewRenfrewshire village of Lochwinnoch.