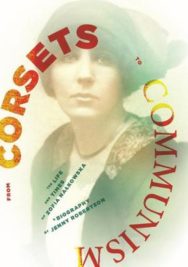 Home > Biography and Autobiography > From Corsets to Communism: The Life and Times of Zophia Nalkowska

From Corsets to Communism: The Life and Times of Zophia Nalkowska

`I had only one eye, I was hungry and cold, yet I wanted to live… so that I could tell it all just as I’ve told you.’ – From Zofia Nalkowska’s Medallions (1947).Witness to two world wars and Poland’s struggle for independence, Zofia Nalkowska’s commitment to recording all is her gift to European literature. Her own story of love affairs, family loyalty and survival is remarkable in itself. Yet, her determination to record others’ truth, however painful, ties her fate to a nation whose battle for identity is both brutal and romantic. Her most renowned work, Medallions, a collection of short stories, exposes and restores dignity to people reduced, through Nazi occupation, to burnt out ghettos and guillotined heads heaped `like potatoes’. In contrast, as a keen and visionary observer of beauty, Nalkowska is innovative in exploring motherhood’s psychological imprint and the blurred boundaries of male and female relationships. Drawing on her own background as a poet and Polish Studies graduate, Jenny’s Robertson’s literary biography celebrates the achievements of a pioneering writer whose love of life not only propelled her to fame, but gave her the courage to witness atrocity. In doing so, Nalkowska’s life and writing reflect and inform Europe’s cultural heritage.

Jenny Robertson studied Polish at Glasgow University and spent a post-graduate year in Warsaw where she continued her exploration of Polish life and culture. Ghetto, a collection of poems (Lion Publishing 1989), was shortlisted for a prize and read in the Edinburgh Book Festival. Jenny pursued the theme of the Warsaw Ghetto in Don’t go to Uncle’s Wedding (Azure/SPCK 2000). She writes for the Holocaust journal, PRISM (Azrieli Institute NY).Jenny has presented a paper on Nalkowska at the London School of Slavonic Studies. She is a member of Zielony Balonik, a Polish-Scottish group devoted to contemporary Polish literature. She has given readings in Russia, Poland, Ukraine and Portugal as well as in Scotland.