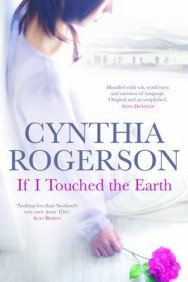 Home > Fiction from Scotland > If I Touched the Earth

If I Touched the Earth

What would you do if life suddenly flipped upside down? Where would you go if your world fell apart? Who would you turn to? When her son Calum dies in a car crash, Alison is left stunned and dazed. But instead of turning to those around her for comfort, she impulsively leaves them behind, desperate to hide from her loss. Even in death, though, Calum has a way of pushing her, making her do things she would never normally have done. And soon his memory starts to transform her in unimaginable ways. And then there’s Neal, happily married to Sally, who till Calum’s funeral is unaware he’s still carrying a torch for Alison. He was the man Calum called dad, but wasn’t. Alison has forgotten Neal, but he cannot forget her. “If I Touched the Earth” is a warm and compelling novel, delicately weaving a powerful story about life’s many unexpected moments and the ways in which these events can change our paths forever.

Cynthia Rogerson, a Scot who was brought up in the US, now lives in the Scottish Highlands. She is the author of numerous novels and has been shortlisted for many prizes. Her previous books include Loveletter from my Death Bed, Upstairs in the Tent and A Dangerous Place. Her book I Love You, Goodbye was shortlisted for the Creative Scotland Novel of the Year 2011 and was recently dramatised on BBC Radio 4’s Woman’s Hour in March 2012.