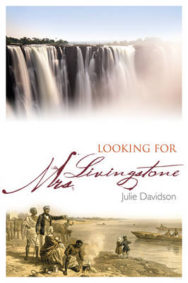 This is the enthralling story of an extraordinary and courageous woman. Her bravery, stoicism and African upbringing were critical to the early career of world-renowned explorer and missionary, David Livingstone . In the history books, Mary Livingstone is a shadow in the blaze of her husband’s sun, a whisper in the thunderclap of his reputation. Yet she played an important role in Livingstone’s success and her own feats as an early traveller in uncharted Africa are unique. She was the first white woman to cross the Kalahari, which she did twice – pregnant – giving birth in the bush on the second journey. She was much more rooted in southern Africa than her husband: he has a tomb in Westminster Abbey, London; she has an obscure and crumbling grave on the banks of the Zambezi in a destitute region of Mozambique. In the thrall of Africa, the author has travelled extensively over several years in the footsteps of Mary Livingstone, from her birthplace in a remote district of South Africa to her grave on the Zambezi.She explores the places the Livingstones knew as a couple and, above all, explores the detail of the life and family of this little-known figure in British – but not African – history.