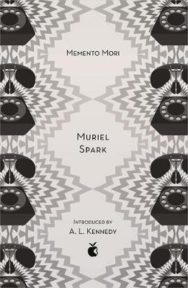 By (author) Muriel Spark; Introduction by A. L. Kennedy

‘Remember you must die.’Dame Lettie Colston is the first of her circle to receive insinuating anonymous phone calls. Neither she, nor her friends, wish to be reminded of their mortality, and their geriatric feathers are thoroughly ruffled. As the caller’s activities become more widespread, old secrets are dusted off, exposing post and present duplicities, self-deception and blackmail. Nobody is above suspicion.Witty, poignant and wickedly hilarious, Memento Mori may ostensibly concern death, but it is a book which leaves one relishing life all the more.Books included in the VMC 40th anniversary series include: Frost in May by Antonia White; The Collected Stories of Grace Paley; Fire from Heaven by Mary Renault; The Magic Toyshop by Angela Carter; The Weather in the Streets by Rosamond Lehmann; Deep Water by Patricia Highsmith; The Return of the Soldier by Rebecca West; Their Eyes Were Watching God by Zora Neale Hurston; Heartburn by Nora Ephron; The Dud Avocado by Elaine Dundy; Memento Mori by Muriel Spark; A View of the Harbour by Elizabeth Taylor; and Faces in the Water by Janet Frame

A brilliant and singularly gruesome achchievement * Evelyn Waugh * This funny and macabre book has delighted me as much as any novel that I have read since the war * Graham Greene * I am reading a trio of novels by Muriel Spark, a marvelously witty English writer, one of the few lady writers I like to read. Her best, I think, is Memento Mori, which is chillingly brilliant * Tennessee Williams * There is a Waugh-like brilliance to this novel, in the easy economical narrative, the continuous invention producing a series of surprises, the well-cut dialogue, the controlled tone. This last is the most remarkable of Miss Spark's achievements. Nothing is forced, least of all the humour * V. S. Naipaul, NEW STATESMAN *