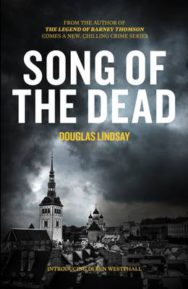 Home > Fiction from Scotland > Song of the Dead

Song of the Dead

From the author of The Legend of Barney Thomson, recently released as a major motion picture starring two times Academy award-winner Emma Thompson, comes a dark, brooding new crime series.Police detective Ben Westphall is burnt out and leading a quiet life in the North of Scotland. Thing change when he’s assigned to investigate the cold case of a UK national who disappeared in Eastern Europe under mysterious circumstances and who, despite being declared dead, has re-appeared, claiming to have been held for over a decade, various body parts having been harvested during that time. Westphall travels to Estonia, chasing leads and shadows that may lead to international drugs and organ trafficking conspiracy.

Reviews of Song of the Dead

With this richly atmospheric and unrelentingly dark outing, Lindsay solidifies his place as one of the rising stars of tartan noir. Publishers Weekly""

Douglas Lindsay was born in Scotland in 1964. He worked for the European Union and has lived in Senegal and several other countries, including Estonia where he currently resides. His debut novel The Long Midnight of Barney Thomson, was followed by six others in the series and was recently made into the film The Legend of Barney Thomson, starring Emma Thompson, Ray Winstone and Robert Carlyle, who also directed. He’s written a number of other crime novels.