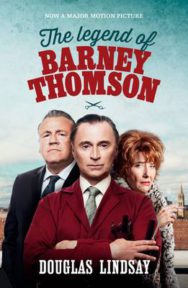 Home > Fiction from Scotland > The Legend of Barney Thomson

The Legend of Barney Thomson

Barney Thomson – an awkward, diffident, Glasgow barber – lives a life of desperate mediocrity. Shunned at work and at home, unable to break out of a twenty-year rut, each dull day blends seamlessly into the next. However, there is no life so tedious that it cannot be spiced up by inadvertent murder, a deranged psychopath, and a freezer full of neatly packaged meat. Barney Thomson’s uninteresting life is about to go from 0 to 60 in five seconds, as he enters the grotesque and comically absurd world of the serial killer…

Reviews of The Legend of Barney Thomson

Douglas Lindsay was born in Scotland in 1964 at 2:38a.m. It rained. Some decades later he left to live in Belgium. Meeting his future wife, Kathryn, he took the opportunity to drop out of reality and join her on a Foreign & Commonwealth Office posting to Senegal. It was here that he developed the character of Barney Thomson, while sitting in an airconditioned apartment drinking gin & tonic at eight o’clock in the morning. Since the late 1990s, he has penned seven books in the Barney series, and several other crime novels written in the non-traditional style.