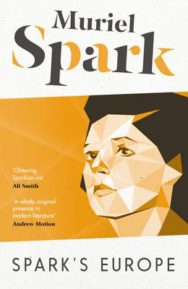 From the grimly gothic Do Not Disturb to the razor-sharp dissection of manners The Takeover and the mordantly brilliant The Only Problem, in a panoramic sweep taking in the shores of the Italian lakes to the castles of Geneva, Muriel Spark casts her unflinching gaze over the continent and onto some of the odder specimens of human nature abounding there. By turns savage, witty and profound, Spark’s Europe reaffirms Muriel Spark as one of the most important novelists of the twentieth century.