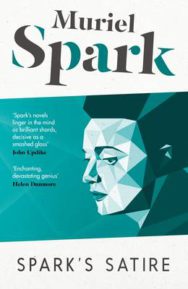 From a fraudulent psychiatrist grappling with two equally fraudulent clients in Aiding and Abetting, to the dirty dealings of The Abbess of Crewe’s band of corrupt nuns, to the three plane crash survivors of Robinson eking out an existence on an Atlantic island after its resident mystic disappears, these three satires probe the recesses of human fallibility with formidable precision. Spanning five decades, the glittering, sharp and sinister works of Spark’s Satire confirm their author as one of our most incisive and wickedly funny satirists.