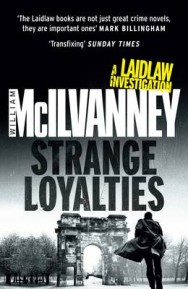 When his brother dies stepping out in front of a car, Detective Jack Laidlaw is determined to find out what really happened. With corrosive wit, Laidlaw relates an emotional quest through Glasgow’s underworld, and into the past. He discovers as much about himself as the loved brother he has lost, in a search which leads to a shattering climax.

* The Laidlaw books are not just great crime novels, they are important ones — MARK BILLINGHAM * Transfixing Sunday Times * Starts on the streets and ends up in the soul Daily Telegraph * Fastest, first and best, Laidlaw is the melancholy heir to Marlowe. Reads like a breathless scalpel cut through the bloody heart of a city — DENISE MINA * Immensely readable Scotland on Sunday * Told superlatively well. Laidlaw has … become even more heroically moving The Times * It's doubtful I would be a crime writer without the influence of McIlvanney's Laidlaw. Here was a literary novelist turning his hand to the urban, contemporary crime novel and proving that the form could tackle big moral concerns and social issues — IAN RANKIN * McIlvanney is the razor king of Scottish crime writing, carving out crackling prose and pounding storylines. His Laidlaw is an enduring hero with the dry wit and insight to make other literary detectives seem two-dimensional — GORDON FERRIS * A crime trilogy so searing it will burn forever into your memory. McIlvanney is the original Scottish criminal mastermind — CHRISTOPHER BROOKMYRE * The Laidlaw books are like fine malt whisky – the pure distilled essence of Scottish crime writing — PETER MAY * Laidlaw is a fascinating, infuriating and memorable character … McIlvanney probes the nature of society and the limitations of human guilt with razor sharpness Scotsman * William McIlvanney paints a world of harsh reality, but does so in language that is strangely beautiful and hauntingly poetic. His work defies pigeonholing in any genre: this is simply great writing from a master of his craft — CRAIG RUSSELL * It will burn forever into your memory — CHRIS BROOKMYRE * In a class of his own Guardian * A great piece of writing and it comes with one of the most intelligent and provocative denoument I've read in years Time Out * Glittering — VAL McDERMID * Absorbing Stirling Observer & Shopper 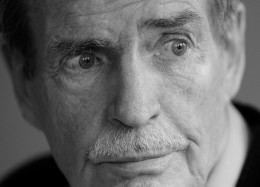 William McIlvanney’s first novel, Remedy is None, won the Geoffrey Faber Memorial Prize and with Docherty he won the Whitbread Award for Fiction in 1975. Laidlaw and The Papers of Tony Veitch both gained Silver Daggers from the Crime Writers’ Association. Strange Loyalties, the third in the Detective Laidlaw trilogy, won the Glasgow Herald’s People’s Prize in 1992.