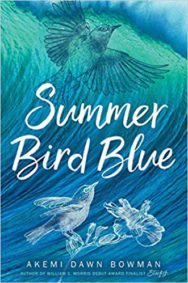 Summer Bird Blue is second novel from acclaimed YA author Akemi Dawn Bowman, exploring themes of unconditional love, insurmountable grief, and how to forgive when it feels impossible.

The story follows seventeen year old Rumi, who feels that no one understands her like her sister. So when Lea is killed in a car crash, and Rumi is sent away to live with her aunt in Hawaii so her mother can deal with her own grief, her feelings of abandonment create a brick wall around her that is tough to break down.

But there is one thing she know she must do, the one thing she believes her sister would want from her – finish the song they started writing together before it happened, inspired by three words: Summer, Bird, and Blue.

With the help of the “boys next door” – teenage surfer Kai, who smiles too much and doesn’t take anything seriously, and 80-year-old George Watanabe, who succumbed to his own grief years ago – Rumi seeks her way back to her music, to write the song she and Lea never had the chance to write together. 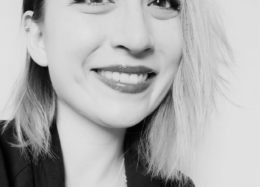 Akemi Dawn Bowman is the author of Starfish and Summer Bird Blue. She’s a proud Ravenclaw and Star Wars enthusiast, who served in the US Navy for five years and has a BA in social sciences from UNLV. Originally from Las Vegas, she currently lives in Scotland with her husband, two children, and their Pekingese mix.