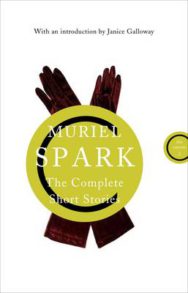 From the cruel irony of ‘A member of the Family’ to the fateful echoes of ‘The Go-Away Bird’ and the unexpectedly sinister ‘The Girl I Left Behind Me’, in settings that range from South Africa to the Portobello Road, Muriel Spark coolly probes the idiosyncrasies that lurk beneath the veneer of human respectability, displaying the acerbic wit and wisdom that are the hallmarks of her unique talent. The Complete Short Stories is a collection to be loved and cherished, from one of the finest short-story writers of the twentieth century.

Muriel Spark, DBE, C.Litt., was born in Edinburgh in 1918 and educated in Scotland. A poet and novelist, she also wrote children’s books, radio plays, a comedy Doctors of Philosophy, (first performed in London in 1962 and published 1963) and biographies of nineteenth-century literary figures, including Mary Shelley and Emily Bronte.For her long career of literary achievement, which began in 1951, when she won a short-story competition in the Observer, Muriel Spark garnered international praise and many awards, which include the David Cohen Prize for Literature, the Ingersoll T.S. Eliot Award, the James Tait Black Memorial Prize, the Boccaccio Prize for European Literature, the Gold Pen Award, the first Enlightenment Award and the Italia Prize for dramatic radio. She died in 2006.