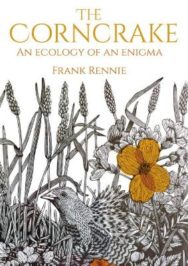 Home > Science and Nature > The Environment > The Corncrake: An Ecology of an Enigma

The Corncrake: An Ecology of an Enigma

Changes in farmland management throughout the twentieth century, including agricultural intensification and increasing mechanisation, have resulted in the loss of habitat for many species. The Corncrake is one such species that has faced multiple challenges to its survival. Although it was once a common bird throughout northern Europe, the breeding areas of Corncrakes have been steadily reduced to a fraction of what they once were, and in many areas their continuation as a regularly breeding bird is in serious doubt.In addition, the behaviour of the Corncrake, nesting under the cover of tall grass and undertaking annual long-distance migrations, means that for most of the last hundred years, its detailed ecology has remained mysterious and little understood. Although there have been millions of words written about the Corncrake in scientific papers, until now there has been no full-length book that attempts to capture all the aspects of its ecology, and to present this information to non-specialists. As a result, until very recently, many important facts about its lifestyle and behaviour have not been widely known, even among ornithologists.Although scarcely seen in its natural habitat, the Corncrake is well-known in many rural areas due to its characteristic (and persistent) night-time calling, but new discoveries with the aid of acoustic science have proved surprising, and may offer new ways of improving the location, identification, and management options to protect and enable the population of this iconic species to recover, even to thrive in our countryside. A new appreciation of the requirements of this species and the ways in which our sensitive management of the whole landscape, both in its potential breeding areas across Europe and Asia and in the seasonal quarters in regions of Africa, offer new hope for the future of this fascinating bird.

Reviews of The Corncrake: An Ecology of an Enigma

'… this book is revelatory …With more than 730 reference works cited, and fresh insights galore on the bird and its environment, this is a compellingly important work of reference. At its core is a penetrating cultural ecological study, which offers hope for this special bird and its landscape'. Extract from the Foreword by Professor Des Thompson

Frank Rennie is Professor of Sustainable Rural Development at the University of the Highlands and Islands, based in the Outer Hebrides, and he has produced over 30 books and numerous articles. He was the Winner of the 2020 Highland Book Prize.