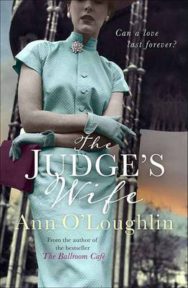 Spanning three decades, this is the moving story of three women and how one great love changed their lives forever. With her whole life ahead of her, beautiful young Grace’s world changes forever when she’s married off to a much older judge. Soon, feeling lonely and neglected, Grace meets and falls in love with an Indian doctor, Vikram. He’s charming, thoughtful and kind, everything her husband is not. But this is the 1950s and when she becomes pregnant, the potential scandal must be harshly dealt with to avoid ruin. As soon as she has given birth, Grace is sent to an asylum by the judge and a conniving aunt. Vikram is told that Grace died in childbirth and returns, heartbroken, to India. But it’s not the end of the story. Thirty years later, with the judge dead, his estranged daughter Emma returns home, full of anger and resentment. There she finds Grace’s diaries and begins to uncover a mystery about her mother that she had never suspected. Meanwhile, in India, Vikram is planning a long-awaited trip to Ireland with his much-loved niece, Rosa, who has heard all about Grace and her uncle’s long lost love, so that he can stand, at last, at the grave of the woman he loved.As secrets are finally uncovered, will they be able to cope with the biggest secret of all?

A leading journalist in Ireland for nearly thirty years, Ann O’Loughlin has covered all major news events of the last three decades. Ann spent most of her career with independent newspapers where she was Security Correspondent at the height of The Troubles, and was a senior journalist on the Irish Independent and Evening Herald. She is currently a senior journalist with the Irish Examiner newspaper covering legal issues. Ann has also lived and worked in India. Originally from the west of Ireland she now lives on the east coast with her husband and two children. Her debut novel The Ballroom Cafe was an eBook bestseller, and has sold over 220,000 copies to-date.