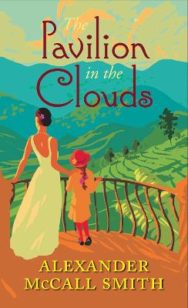 Home > Fiction from Scotland > The Pavilion in the Clouds: A new stand-alone novel

The Pavilion in the Clouds: A new stand-alone novel

It is 1938 and the final days of the British Empire. In a bungalow high up in the green hills above the plains of Ceylon, under a vast blue sky, live the Ferguson family: Bella, a precocious eight-year-old; her father Henry – owner of Pitlochry, a tea plantation – and her mother Virginia. The story centres around the Pavilion in the Clouds, set in the idyllic grounds carved out of the wilderness. But all is not as serene as it seems. Bella is suspicious of her governess, Miss White’s intentions. Her suspicion sparks off her mother’s imagination and after an unfortunate series of events, a confrontation is had with Miss White and a gunshot rings off around the hills.Years later, Bella, now living back in Scotland at university in St Andrews, is faced, once again with her past. Will she at last find out what happened between her Father and Miss White? And will the guilt she has lived with all these years be reconciled by a long over-due apology?

Alexander McCall Smith is the author of the highly successful No. 1 Ladies’ Detective Agency series, which has sold over twenty-five million copies. Since then he has devoted his time to the writing of fiction and has seen his various series of books translated into over forty-six languages and become bestsellers throughout the world. These include the 44 Scotland Street novels, first published as a serial novel in the Scotsman, the Isabel Dalhousie novels, the Von Igelfeld series and the Corduroy Mansions novels.