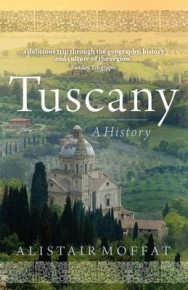 Ever since the days of the Grand Tour, Tuscany has cast its spell over the British. Attracted by the perfect combination of history, art, architecture, superb natural beauty and weather – not to mention magnificent traditions of food and drink – British visitors and residents have been at times so numerous that the local word for foreigners was simply ‘gli inglesi’ – ‘the English’. Currently over 10 000 Britons live there, not to mention the huge numbers who travel there for holidays. What is it that makes this exquisite part of Italy so seductive? To answer this question Alistair Moffat embarks on a journey into Tuscany’s past. From the flowering of the Etruscan civilization in the seventh century BC through the rise of the powerful medieval communes of Arezzo, Luca, Pisa and Florence, and the role the area played as the birthplace of the Renaissance, he underlines both the area’s regional uniqueness as well as the vital role it has played in the history of the whole of Italy.Insightful, readable and imbued with the author’s own enthusiasm for Tuscany, this book includes a wealth of information not found in tourist guides, and is the only modern history of the area available in English.

Reviews of Tuscany: A History

'If you travel to the region, you'll want to take with you Moffat's Tuscany: A History; and if you read the book, you'll want to travel to the region' – The Herald 'In this compelling narrative – Moffat takes the reader on a delicious trip through the geography, history and culture of the region – an impressive book' – Sunday Telegraph 'facts and figures are woven into a sun-drenched meditation on the character of the place and its people' – The Scotsman

Alistair Moffat was born and bred in the Scottish Borders. A former Director of the Edinburgh Festival Fringe and Director of Programmes at Scottish Television, he now runs the burgeoning Borders Book Festival as well as a production company based near Selkirk. He has written twelve books, including Walking the Line, Kelsae, The Reivers, The Sea Kingdoms, The Borders and The Wall, all of which are published by Birlinn.