‘many of us spend our entire lives in hiding’

“For years my life had been a string of temporary work in factories and call centres or unemployed. Approaching 30 and disillusioned with life in Glasgow, I sold everything I had and left for a new life in a remote fishing village in Japan. I knew nothing of the language or the strange new land that I would call home for the next seven years. Fish Town is an eye-opening true story that paints the reality of living in Japan as an outsider.” Read some of John Gerard Fagan’s poems below.

to feel something
many of us spend our entire lives in hiding
seeking a comfort blanket and wrapping ourselves tighter and tighter
so we can drift towards old age
in the same town
with the same people
drift and sever anything that goes against that straight path
of comfort
I ripped mine apart
not out of bravery
not out of trying to better myself or the world
I ripped to feel something
Anything but grey daylight and grey nights
the stench from the fish factory grounded me into the fabric of that new town
hardly an upgrade
but it was different
and I needed different.

Wounds
some people take their wounds to a foreign land
some place far far away
a new start
can be someone completely new
but an act can only last so long before the real version of themselves comes out to breathe
and takes over once more
foreign wounds don’t heal in a place like Japan
they only get worse, fester, and bleed out
that’s why most from the West don’t last long
their experience should have been a week-long holiday
two at most.

teppie
I got myself into peak fitness running around fish town
Nothing much else to do
except sway with the crowds of dust
ran every day for two months with Steve after work after 30 min circuit training
and it paid off for something I didn’t even think about out there
a Japanese guy that worked as a consultant for my company was also the manager of Teppie a 4th division football team from the nearest big city
asked me if I played football
he offered me a trial based on my height alone
at the trial I scored four goals and signed for the 2013/2014 season the next day
the Emperor’s Cup was my first game in two weeks
one victory away from playing Shunsuke Nakamura’s Yokohama Marinos team
I was thinking this was unreal
never mind the teaching disaster in fish town, I had been handed the chance to play against one of my favourite Celtic players
I daydreamed swapping shirts and halving him
things were taking a turn for the better.

‘When you’re safely ensconced in a bubble, you are in a comfort zone.’ 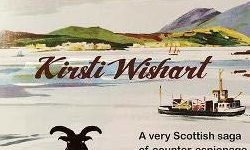