Isla Dewar now lives in the coastal town of Crail in the East Neuk of Fife with her husband Bob, a political cartoonist. They have two sons.

Prior to writing and publishing her novels Isla wrote articles for newspapers and magazines. She took a long time to finally pluck up the courage to send her first novel to an agent, but within a week she had been signed up and the first publisher who saw the manuscript offered her a two book deal. Her first book, Keeping Up With Magda, was published in 1995. Dewar found greater success with her second novel, Women Talking Dirty (1996), which was turned into a film starring Helena Bonham Carter. She has also contributed to the collection Scottish Girls About Town.

Isla Dewar has also written for children: the picture book Rosie’s Wish and the young adult novel Walking with Rainbows, which was re-issued as Briggsy in 2008. Her most recent novel is A Winter Bride, set in Edinburgh in the 1950s. 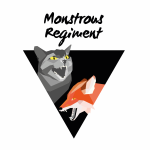