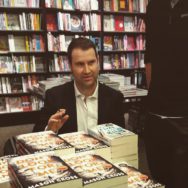 The Killing Season was longlisted for the 2015 Theakstons Old Peculier Crime Novel of the Year award, and The Samaritan was selected for the Richard and Judy Book Club for Spring 2016. Mason lives in Glasgow.