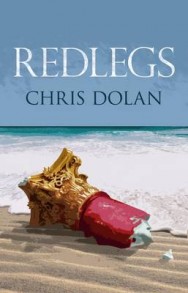 Elspeth, a young Scottish actress, is selected by the elusive impresario Lord Coak for an acting career on the Caribbean Island of Barbados. She is briefly feted by the island community, but a tempest kills her lover and destroys the theatre in which she is to star. She is obliged to take on a supposedly temporary and ambiguous role at Lord Coak’s plantation home. The closed environment of the estate is stifling, but it institutionalises her and gives her a degree of status. Dolan’s plot takes some unexpected twists, but Elspeth is never free from the constrictions of working for an enterprise whose founding principle is racism. An oppressive sense of eventlessness pervades. Lord Coak’s grand plan to modernise the estate cannot be implemented without social reform, but the resulting suspension of lives could also be seen as the human condition: our dreams can never be realised. Another catastrophic event breaks the spell and divides the community, many of whom leave in search of a more enlightened society and in so doing become a mythical people. However Elspeth and the reader remain locked into Lord Coak’s estate, which starts rapidly to decay.

Chris Dolan is a Glaswegian author, playwright and screenwriter. Poor Angels and Other Stories (Polygon, 1995) was shortlisted for the Saltire Society Scottish First Book of the Year Award and his first novel, Ascension Day (Headline Review, 1998), won the McKitterick Prize. His first play, The Veil, premiered at the Traverse Theatre in Edinburgh in 1991 and Sabina! won an Edinburgh Festival Fringe First in 1996 and was adapted for BBC Radio 4 in 2000. Dolan writes regularly for radio and television, his screenplays include an adaptation of Eco’s Name of the Rose and TV drama documentary, An Anarchist’s Story: The Life of Ethel MacDonald, which were broadcast by the BBC in 2006. He has also written episodes of Taggart. Dolan also writes for various newspapers and magazines, including The Independent and Scotland on Sunday. He has been a literary reviewer and features writer for The Herald since 2002. In 1999, he won the Canongate Prize for Journalism