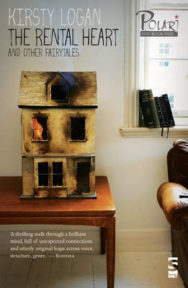 Home > Fiction from Scotland > The Rental Heart and Other Fairytales

The Rental Heart and Other Fairytales

Winner of the Scott Prize Twenty tales of lust and loss. These stories feature clockwork hearts, lascivious queens, paper men, island circuses, and a flooded world. On the island of Skye, an antlered girl and a tiger-tailed boy resolve never to be friends – but can they resist their unique connection? In an alternative 19th-century Paris, a love triangle emerges between a man, a woman, and a coin-operated boy. A teenager deals with his sister’s death by escaping from their tiny Scottish island – but will she let him leave? In 1920s New Orleans, a young girl comes of age in her mother’s brothel. Some of these stories are radical retellings of classic tales, some are modern-day fables, but all explore substitutions for love.

Kirsty Logan is an award-winning writer based in Scotland. Her fiction has been published in literary magazines and anthologies all over the world, broadcast on BBC Radio 4, displayed in galleries, and translated into French, Japanese and Spanish. Kirsty has received fellowships from Hawthornden Castle and Brownsbank Cottage, and was the first writer-in-residence at West Dean College. She has previously worked as a bookseller, and is now a literary editor and freelance writer. 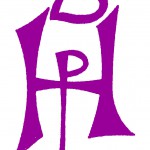