Meet the scribe. Acting as God he forms the happy little island of Fagero and creates human beings to live there. The people of Fagero were often divided against each other but united in their appreciation of their happy little island. Until the dead bodies began to arrive…

In the beginning the computer screen was without form, and void; and the fingers of the scribe rested upon the keyboard.

The scribe chewed his lower lip, his glance flitting like a fly between the stuffed bookcases of his study, the rocking chair over by the window, the framed colour prints of birds on the walls. He went out to the kitchen and drank some water. Then he sat down at his computer again. To create a fictional world from nothing, using only the tools that language places at our disposal, is truly a great and demanding undertaking!

The scribe hesitated and pondered for a long time before finally writing the first word: “Heaven”. After thinking again for a long while he wrote the following word, which was “Seas”.

And with that the heavens and the seas were created, but they were still not divided. The scribe solved that by laying out a horizon in the far distance, and he let it lie there unbroken, for the open horizon of the sea was the most beautiful view he knew.

Now the scribe became more and more energetic. In the firmament of the heavens he set a sun to light his new world and he scattered some cumulus clouds, the latter mainly for decoration.

Furthermore he made a light breeze blow from the south-south-west and he made it Force 2 on the wind scale created in 1805 by Commander Francis Beaufort while he and his vessel lay in Plymouth Sound awaiting orders to sail. The rays of the sun danced on the small waves that were driven along by the breeze.

The scribe needed a piece of dry land to anchor his story and so he wrote in a skerry in the sea. It was no more than a long narrow granite ridge, in shape and form rather like a capsized ship about to sink. On its north-west side flat slabs, rounded and smoothed by the inland ice, rose gradually from the waters, but on the south side the cliffs fell steeply down into the sea. The scribe created plants and animals on the skerry. Down at the waterline he stuck a fringe of saltwater lichens and blue-green algae on the rocks. Higher up he planted salt-marsh grass, sea campion and scentless mayweed, and then stonecrops and rock campion. On the rocky hillocks he laid low scrubbycarpets of juniper, sea buckthorn, crowberry and heather; hairgrass, sheep’s fescue, sea speedwell and common toadflax were also permitted to grow there. In the crevices and hollows in the rocks, where cushions of sphagnum moss retain moisture, cotton grass, sundews and marsh lousewort flourished. Next the scribe brought forth herring gulls, common gulls and razorbills on the skerry, and also a colony of Arctic terns because he liked their elegant flight and their shrill, easily recognisable call – krii-ay, krii-ay, krii-ayay. He pencilled in the veins on the eggs ready to hatch in their downy nests hidden away among heather and crowberry. Common sandpipers, redshanks and ruddy turnstones completed his birdlife.

On the highest point of the skerry the scribe placed a stunted pine, scraggy, gnarled and crooked. The reason he chose that sort of gnarled undernourished variety of Pinus sylvestris is because it has often served as a symbol for the exposed life of the islanders, for their struggle to keep their distinctive identity and their right to their language. The stunted pine fits in very well in a story like this.

It occurred to the scribe to give the new land a name while he was at it. He called it Skogsskär, that is Forest Skerry. That, he thought, was the sort of name the islanders themselves would probably choose for a rocky little island on which there was nothing but a solitary windswept pine.

The scribe looked at his work and thought: “Right, that will have to do.”

And he set about creating the first human being. Now, it might have been a relatively simple matter to create the heavens and the seas and a little skerry of an island with all the appropriate plants and birds, including a stunted pine on its top, but the scribe soon discovered that creating a human being was much more troublesome. When, after much toil and trouble, he finally completed his Adam, he was a sorry sight to behold.

Adam lay there on his belly in the shallows below the steep southern point of Skogsskär, the sea rocking him lazily and softly. The swell washed him gently against the cliffs, his forehead touching the rocks, then the swell sucked him back a little way before pushing him towards the shore
again. The first human being submitted patiently to the sea’s game. He had one arm stretched out as though trying to grasp firm ground.

Patches of light split by the prisms of the waves moved gently along the seabed around his body. A tuft of green algae swayed a few inches in front of his wide-open eyes. The gulls, posted on stones and rock ledges, stood guard over him like soldiers in white dress uniforms with grey cloaks.

A Happy Little Island by Lars Sund is out now (PB, £12.95) published by Vagabond Voices

Hector Hog has an adventure on a broomstick 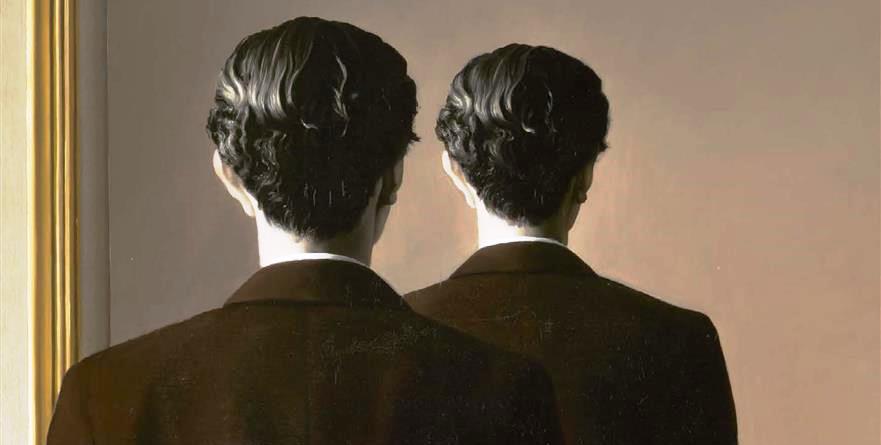