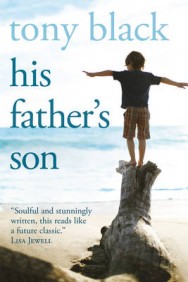 Australia is the Lucky Country, and Joey Driscol knows it. It’s a far cry from his native Ireland, but he believes this is the place he and his wife can make a new life and forget the troubles of the past. And for a time, they do just that. There’s a good life, a new house, regular work and, in time, they welcome their new son Marti into the world. But as the years pass, this new life thousands of miles from the Old Country comes under threat. Joey’s wife has been struggling with demons of her own, their marriage is on the rocks and suddenly, Joey’s wife disappears and takes Marti with her. Joey is beside himself, with no clues about where they are, with both his childhood sweetheart and his son – his pride and joy – now missing. Then, when Joey gets word that his wife and son have returned to Ireland, he knows that he’ll now have to do the same if he ever wants to see his son again. And he also knows that he’ll finally have to confront the ghosts of his past that he’s been running from for years. His Father’s Son is a touching and beautiful story of a family struggling to come to terms with their past, their present and an uncertain future.

Tony Black is the author of seven previous novels. An award-winning journalist, he was born in Australia and grew up in Scotland and Ireland. Described by Irvine Welsh as his ‘favourite British crime writer’ Tony’s work took a turn away from the mean streets after the birth of his son. His Father’s Son is his first novel outside of the crime genre.